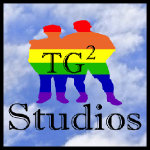 The Two Gay Geeks received an email notification from the Screen Actors Guild about the 24th Annual Screen Actors Guild Awards. Actually, we received two emails that I am going to run together. The first email was about the award nominees announcement that will run below headline article.
So, without further exposition from me:

LOS ANGELES (Dec. 4, 2017) – Kristen Bell (The Good Place, Frozen) will host the 24th Annual Screen Actors Guild Awards® on Sunday, Jan. 21, 2018, an event which is simulcast live on TNT and TBS at 8 p.m. (ET) / 5 p.m. (PT), Executive Producer Kathy Connell announced today. As the SAG Awards has never had an emcee before, Connell and the SAG Awards Committee are breaking a long-standing custom by inviting the multi-faceted actor to fill this prestigious role.

“We are delighted to have Kristen Bell as the first-ever host of the SAG Awards,” Connell said. “This has been a year in which assumptions have been challenged, stereotypes have been shattered, and precedents have been broken. We decided to capture the cultural mood by casting aside one of our own traditions, and we’re thrilled to have such a talented performer like Bell help us do so.”

“I am honored to be part of the SAG Awards, and am a little nervous about being its first-ever host,” Bell said.  “I’m so glad that I’ll be in the company of my fellow actors, many of whom I’ve worked with before, so I know they’ll be warm and supportive. It’s going to be an amazing night.”

Kristen Bell currently stars as the late Eleanor Shellstrop, who may have landed in the wrong afterlife in NBC’s The Good Place, opposite Ted Danson. NBC has renewed the critically acclaimed dramatic comedy for a third season starting in 2018. Also in 2018 she will star in the Netflix comedy Like Father, with Kelsey Grammer as her titular dad.  Bell then is reprising her role as Anna in the 2019 sequel to Disney’s Frozen, the highest grossing animated film of all time. She will next be seen on Dec. 10 in the ABC musical special Encore, which she also executive produced. Her extensive list of credits includes films like A Bad Moms Christmas and CHiPs, and television series such as House of Lies, Veronica Mars, and a guest-starring arc on Parks & Recreation.

One of the awards season’s premier events, the SAG Awards® annually celebrates the outstanding motion pictures and television performances from the previous calendar year. Of the top industry honors presented to actors, only the SAG Awards are selected entirely by performers’ more than 160,000 peers in SAG-AFTRA. The SAG Awards was the first televised awards show to acknowledge the work of union members and the first to present awards to motion picture casts and television ensembles. For more information about the SAG Awards®, SAG-AFTRA, TNT and TBS, visit sagawards.org/about.

The 24th Annual SAG Awards® will be simulcast live on TNT and TBS on Sunday, Jan. 21

Gabrielle Carteris was re-elected SAG-AFTRA president on August 24, 2017. Carteris became president April 9, 2016 after serving two terms as executive vice president. She chairs the National TV/Theatrical Contracts Negotiating Committee and leads the President’s Task Force on Education, Outreach and Engagement. Carteris is a vice president of the AFL-CIO and serves on the executive council and represents SAG-AFTRA with the International Federation of Actors (FIA). Having become a global household name as “Andrea Zuckerman” on Beverly Hills, 90210, she has recently appeared in a recurring role on Code Black and in guest-starring roles on shows like Criminal Minds, Longmire, The Middle, and the television movie 12 Christmas Wishes. As a producer, Carteris created Lifestories, a series of specials, and Gabrielle, a talk show which she also hosted.

Olivia Munn is an actor, author and activist currently filming the second season of the History Channel’s SIX. She will next be seen on film, as the lead in the action-thriller Hummingbird and starring in Shane Black’s The Predator opposite Keegan-Michael Key and Sterling K. Brown.  She will also appear in Buddy Games, Josh Duhamel’s directing debut. Among her most recent movies are The LEGO Ninjago Movie, Office Christmas Party and X-Men: Apocalypse. Munn’s television credits include Aaron Sorkin’s HBO political drama The Newsroom, and Comedy Central’s The Daily Show. She also teamed with The CW to develop a 1970s female sportscaster drama series, which will be produced by her CBS Television Studios-based company.
https://twitter.com/oliviamunn
https://www.instagram.com/oliviamunn/

Niecy Nash is a multi-talented Emmy® Award-winning producer and twice-nominated actor for a Primetime Emmy award. She stars in Claws on TNT, which has been renewed for a second season, and this holiday season will be seen in Downsizing, the social satire film written and directed by Alexander Payne and starring Matt Damon. Her multifaceted career includes roles in HBO’s Getting On, FOX’s Scream Queens, Showtime’s Masters of Sex, and TV Land’s The Soul Man. She previously was best known for Comedy Central’s Reno 911! in addition to numerous guest and recurring television roles. Nash is currently developing various television and film projects through her own production company, Chocolate Chick, Inc.
http://www.niecynash.com
https://twitter.com/NiecyNash
Official app: smarturl.it/NiecyNash

JoBeth Williams chairs the SAG Awards® Committee and is president of the SAG-AFTRA Foundation Board. Her film debut in Kramer vs. Kramer led to starring roles in films like Poltergeist, The Big Chill, Stir Crazy, Fever Pitch and What the Night Can Do. On television, she starred in event movies such as My Name is Bill W. and Sybil, and series including Hart of Dixie and John Grisham’s The Client. Williams has been nominated for three Emmys®, two Golden Globes® and an Oscar®.

Elizabeth McLaughlin joined the SAG Awards Committee in 2017 and also serves on the Board of Directors for SAG-AFTRA’s Los Angeles Local. She began accumulating her fan following in 2008 as the lead in The Clique, after which she played dozens of parts on stage and on screens both big and small, including Pretty Little Liars, First Day and Betrayal. McLaughlin most recently starred as Alicia Hopkins in both seasons of Hand of God.