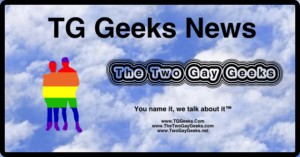 The Two Gay Geeks have received a press release from our good friends over at Uncharted Regions. This is really exciting news and a great addition to their ever growing cast. Neal and Jana have really taken off with this radio drama series. Congratulations.
Here is the press release:

“From the moment we started drafting the story for this episode, we knew that Gigi was born to play the part of Alice. We’re so very happy that she agreed with us,” says Neal Hallford, writer and director of the episode as well as the co-Executive Producer of the series.

“I have searched the world near and far to tell magnificent stories. When Neal and Jana told me that Alice was written with my voice in mind I felt truly honored. I am so excited to be joining forces with Uncharted Regions!” Edgley says of her casting. “We can’t wait to share this tale with you.”

Presented as a western set on Mars, the episode “These Haunted Hills” intentionally mixes the feel and trappings of both of classic westerns and of vintage sci-fi. “Gigi has this remarkably expressive voice that uniquely bridges those separate worlds, and we are really looking forward to her breathing life into the world of New Perth,” says co-Executive Producer Jana Hallford.

“These Haunted Hills” is the fourth of thirteen episodes being produced for Uncharted Regions. Each episode of the series takes the listener on a fantastical voyage to a far flung time and place, featuring characters struggling against situations beyond the limits of normal human experience. 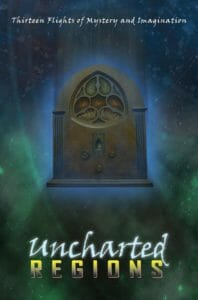 Swords & Circuitry Studios is a San Diego-based film production and entertainment company developing content for films, television, radio, comics, and computer gaming. Founded in 2001 by Neal Hallford and Jana Hallford, Swords & Circuitry remains dedicated to the independent creator movement. In addition to being the production company behind Uncharted Regions, S&C created the award-winning noir horror short The Case of Evil which toured film festivals across the U.S. and the U.K. in 2014. They are also production partners with Los Angeles-based MyStar Media on the forthcoming feature documentary, The Con of Wrath. People who wish to know more about Uncharted Regions can visit the series official website at http://unchartedregions.com. 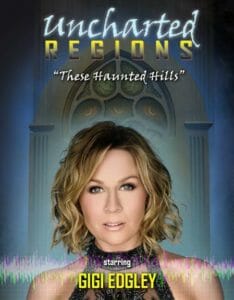 Additionally Edgley has an extensive history with The Jim Henson Company beginning with her popular role as Chiana on the company’s critically acclaimed sci fi cult series, Farscape in which she starred for over five years. Gigi stole the hearts of sci-fi enthusiasts. She was originally cast as a guest star for one episode, but quickly captured the attention of the Farscape writers, producers and the fans alike. The mischievous Chiana became one of the most popular, and at times controversial characters in the series. The SyFy Channel and The Jim Henson Company also asked her to host Jim Henson’s Creature Shop Challenge.

Recently Gigi also helped crowd fund over $101700 for The Circuit. Edgley’s team additionally raised over $44,000 on Kickstarter to fund a sci-fi short called Hashtag. They are planning to take it to Sundance, Cannes and Toronto film festivals. Gigi was nominated for the Film’s Critic’s Circle awards for best lead actress in the feature Last Train To Freo, the SyFy Genre Award for Best Supporting actress, the Saturn Award for Best Supporting Actress in a television series and Maxim Award for Sexiest Space Babe.

Gigi has a long list of theatre credits as well that include: Kill Everything You Love, 4.48 Psychosis,The Rover, Boy’s Life, Romeo And Juliet, Road, Picnic At Hanging Rock and Les Miserables. She also recently sung at Stan Lee’s Birthday and was selected for the Women of Sci-Fi book by Denny’s Illic.

Edgley is also a recording artist, creator of original comic books, director and producer. She earned a Bachelor of Arts degree from the Queensland University of Technology after entering in the auditions alongside hundreds of other candidates. Check out her website at: GigiEdgley.Com