Bilal: A New Breed of Hero is about an Ethiopian man, Bilal ibn Rabah, stolen as a seven-year-old child (along with his sister) and forced into a life of slavery far from home and his journey to freedom.

The retelling of Bilal’s life is poignant, emotionally direct yet handled in a way that leaves it highly accessible and engaging for all viewers.

It brings positive attention to a part of the world often treated as a monolith and vilified.

His life story unfolds unevenly – passage of time is abrupt – and sets a somber but uplifting tone (the pacing of dialogue is more methodical than people are used to in animated films) to a story that encompasses heroism, heartbreak, and costly triumph.

The CGI-animation style creates a vivid and compelling visual backdrop for a time long past and a world often difficult to envision for many. The narration is by no means glitch free but the voice actors infuse the characters with feeling and 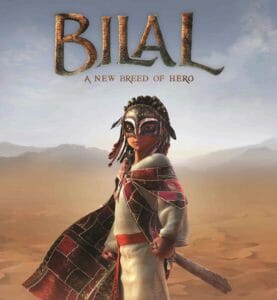 1,400 years ago, a man followed a philosophy of equality that required him to not only recall his dreams of being a great warrior and embrace an ideology that could cost him his life.

I’d never heard the name Bilal ibn Rabah but I found his story to be intriguing.

This man mustered his will to rebuke the chains of slavery and fight for freedom. He ultimately became a revered leader among and helped to establish traditions that persist through today.

Bilal: A New Breed of Hero opens the door to an aspect of history frequently ignored in favor of pre-packaged snapshots of “facts” that disconnect a people from their past, motivations and historical roots. Without being heavy-handed, it tells the story of a changing world and a man who stepped forward to guide people to a better, united future.

It’s not technically perfect and I wish the story progression would’ve spent more time on certain aspects of his life – like his singing and the deeper significance it ultimately has for his culture.

Bilal: A New Breed of Hero speaks to the power one man can have if he chooses to act rather than accept. 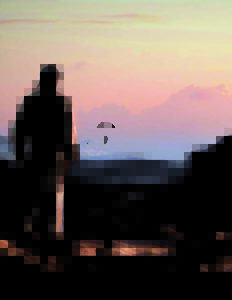 This animated film is a perfect gateway to stories about historical figures not often highlight on the big screen.

I enjoyed it and I hope we get more stories like it.

What do you think of the latest trend of using animation to make biopics? Hit us up in the comments. Let TGGeeks know what you think!