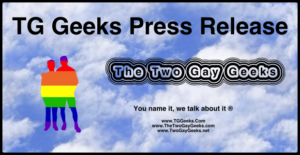 The Two Gay Geeks have received the Press Release below from our good friends at Fanbase Press. This new graphic novel they have picked up looks fascinating and we hope to have an interview with some of the talent working on this project soon. There is also some really cool stuff available if you pre-order the graphic novel. Thank you to Barbra Dillon at Fanbase Press for always keeping us int he loop. Here is the Press Release: 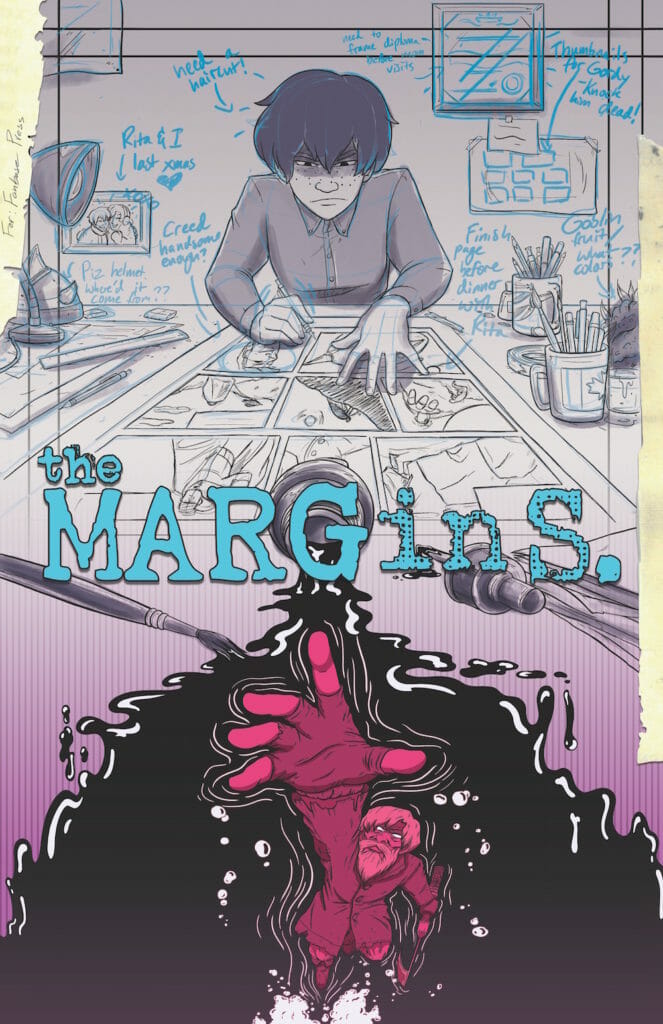 FANBASE PRESS PLUMBS THE DEPTHS OF CREATIVITY IN ‘THE MARGINS’

LOS ANGELES, CA – February 26, 2018 – Fanbase Press is excited to announce the newest addition to its publishing slate with The Margins, an original, creator-owned graphic novel co-written by David Accampo (Lost Angels, DC’s New Talent Showcase 2017) and Paul Montgomery (Wormwood: A Serialized Mystery, Panels.net) and illus-trated by Amanda Donahue. Examining creativity’s dual nature in providing a healthy outlet for self-expression as well as a mechanism for avoidance, the graphic novel ex-plores the excitement of an artist unlocking their imagination and the dire consequences of getting lost . . . in the margins.

In The Margins, artist Charley Keo’s new gig begins as a fun challenge to breathe new life into the forgotten pulp world of Elad – this time as a comic book. But as tendrils of this lost realm creep into her sleepy Portland neighborhood, Charley realizes that Elad is much more than the lines on a day-dreamt map, more than the sum of an old hack’s prose. Elad has its hooks in Charley, and what was once fantasy has become deadly reality for both the artist and the woman she loves. “The Margins is an amazingly original and insightful look into the creative process,” says Fanbase Press President Bryant Dillon. “David, Paul, and Amanda do an incredible job of exploring the motivations that can cause a creator get lost within their own imagina-tion, all while taking us on a thrilling and fascinating fantasy journey.” The Margins is currently available for pre-order through the Fanbase Press website (www.fanbasepress.com), and the graphic novel will be released for sale on July 23, 2018. The creative team will also provide attendees of San Diego Comic-Con 2018 with a special opportunity to purchase an advance signed copy of the book! Pre-orders made by June 1, 2018, will receive an exclusive sketch by Amanda Donahue, as well as a digi-tal “Tales from the Margins” companion story by David Accampo and a bookplate signed by the entire creative team.

Founded in 2010, Fanbase Press celebrates fandoms and creates new ones! As a comic book publisher and online community, Fanbase Press produces new and distinctive works, as well as daily reviews, interviews, and podcasts, that span the pop culture spec-trum and give voice to the themes, ideals, and people that make geekdom so exceptional.