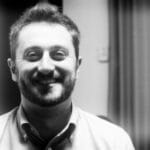 *Editor Note: Hamish was so kind to send us this lovely Potpourri item as additional content for our site. Thank You.

A gauntlet has been laid down before me, so here I am taking the baton from Ben and Keith… hopefully not a poisoned chalice (I am after all in the middle of post-production on a feature film, so there’s no promises as to when I can do this again). But, I hope that y’all out there in the like the hors d’oeuvres that I’m serving. Sorry, there’s no time for a full meal.

First, my old friend, Kaori Takee, from California (that I worked with in Tokyo) was back in Japan recently, and she did a lot of things… including going to the Ramen museum here in Osaka. Now, there are two Ramen museums in Japan – the one in Yokohama is for fresh Ramen, and the one here in Osaka is dedicated to instant cup noodles. And the raison d’etre for the place is that you get to make your own customised noodles! That’s right!
And here’s Kaori doing it:

That’s not all… she also made plastic sushi!

A little more on the Momofuku Ando Instant Ramen Museum: 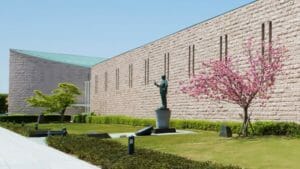 The museum is located in Ikeda in Osaka, and is located within walking distance of Ikeda Station on the Hankyu-Takarazuka Line. Admission is free.
The museum has an instant ramen workshop allowing visitors to make their own “fresh” instant noodles (fresh as in just made). Reservations must be made in advance to enjoy this feature at the museum. 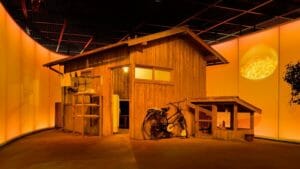 On August 25, 1958, Momofuku Ando invented the world’s first instant noodles, “Chicken Ramen,” after an entire year of research using common tools in a little shed he had built in his backyard in Ikeda-city, Osaka Prefecture.
Realizing the need to transcend cultural boundaries to popularize instant noodles worldwide, Momofuku gathered an array of wisdom and innovative ideas to invent CUP NOODLES, transforming “made in Japan” instant noodles into a global food.
The CUPNOODLES MUSEUM delivers a message to the visitors on the importance of inventiveness and discovery by introducing the history of instant noodles, a new food culture. 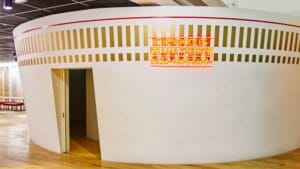 And in case you are feeling that you know Kaori from somewhere (she’s done hosting on Afterbuzz) and she’s also fairly popular on instagram as a cosplayer. 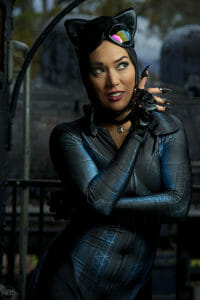 Here’s some pretty intense behind the scenes for her latest cosplay of Laura Croft:

Kaori is a California-born girl who loves fitness, gaming, wrestling, and subjects that so happen to fall under the “geek” umbrella. As a Nissei, she was raised with anime, manga, famicoms, and many things that happen to have risen in popularity in the last few years.
Kaori is a cosplayer who has been cosplaying since 2011. Her favorites are Psylocke, Mario and Silk. 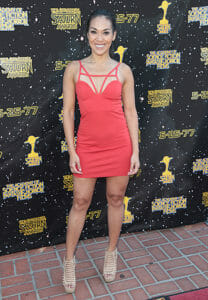 And if you are a dog lover, please go support her “gofundme” for her sick sidekick dog, Wakame.

Have you ever wanted to be a Ninja?

Well, there’s a way. My friend, Felicity, recently made a documentary on becoming a professional Ninja in the 21st Century. Check it out:

She recently also made an interesting documentary on Third Culture Kids, which is also very interesting:

Her channel also has some travel videos for those interested in coming to Japan.

I use my camera to explore. It’s how I learn about the world, and understand its complexities.
I began as a blogger about expat life and through my brand, Where Next Japan, contributed to travel magazines, took PR trips, was commissioned for commercial projects, and completed many personal creative projects. Now Where Next is expanding beyond Japan, and pursuing goals and projects beyond travel through Where Next Productions.

I strive to include a touch of humour, authenticity, sensitive curiousity and stylistic beauty in all my films. I look forward to working with you on your projects, be they written, or visual. Together, let’s explore the possibilities!

I recently went to the moon.

Well, not really, but I went to Shirasaki Ocean Park in Wakayama prefecture, and it really looked like a James Bond villain’s lair on the moon (perhaps just in my mind).

Well, until next time… mata ne!