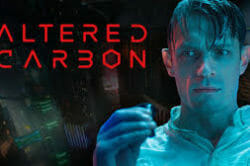 Netflix has put on some incredible new shows. Not everything is a hit but watching the trailers for Altered Carbon spiked my excitement in a way few other shows have accomplished. Between the promised cast and the look of the clips, this looked like it was going to be something special. After watching, it fulfilled all that promise. I’m going to share enough to convince you that you need to watch this brilliant Netflix series. I’m betting you’ll be hard pressed not to binge the entire show in a weekend.

The series, based on a book by the same title by Richard K. Morgan, takes place hundreds of years in the future. In the future, a person’s memories can be downloaded into a device implanted in the back of the neck called a stack. As a result, a physical or synthetic body can be used as a “sleeve”. The first episode begins with Takeshi Kovacs (Joel Kinnaman), 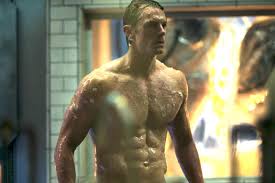 a political operative waking up after 250 years in a new sleeve. He is offered the choice of either spending the rest of his life in prison or solving the murder of Laurens Bancroft (James Purefoy), 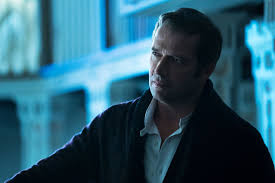 one of the wealthiest men in the settled worlds. Laurens has lost his memory of his death, he died before his memories could be uploaded into a new clone and the police have ruled his death a suicide.

At first Kovacs is skeptical. Bancroft offers Kovachs an immense amount of wealth and his freedom. But after checking into a hotel run by an artificial intelligence, Poe (Chris Conner),

Kovach’s is attacked by a high-class hitman called Dimitri and believes it to be related to Bancroft’s murder. He begins trying to track down the truth and as he does so, we learn that Kovach’s is the lone survivor of the group that rebelled against the established order, The Envoys. He is joined by a cop, Kristin Ortega, (Martha Higareda) 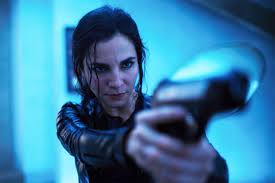 whose family is part of a religious group that doesn’t believe in coming back in new sleeves. Soon, Kovacs tracks down a man, Vernon Elliot (Ato Essandoh) 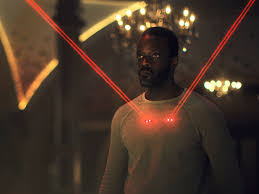 whose daughter was involved with Bancroft. However, his daughter is unable to tell her secrets, locked away in her own mind. Secrets emerge about the world, Bancroft, Kovac’s past and connections to Ortega. A woman (Dichen Lachman) from Kovacs past erupts into his present and he must discover how it all relates to Bancroft with only the help of Ortega, Poe, and Vernon. But will the answers help anyone, least of all Kovacs or Bancroft?

One of the compelling elements to the series is the gritty, cyberpunk overlay. This is a violent, often murderous future with science that can work for the ultra rich but fails the lower classes. Not everyone can afford to come back and live indefinitely. Those who can afford it might be able to get a new sleeve for someone they lost, even if it doesn’t match their old body. Only the very rich are capable of having clones that give them immortality. That is the true strength to the story, the exploration of just what it means to live forever, what the price is to both those who live and those who must stand in their shadows.

The story handles the complexities well, exploring what being in a new sleeve means to those with religious beliefs, what that might mean for our souls. It also tackles how living longer allows the rich to become even richer and the price paid by those who live in the lower classes. While it doesn’t answer all those questions, it does give us some ideas and shows that even living forever doesn’t allow you to walk away unscathed. 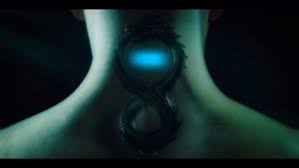 Beyond that, the artificial intelligences and their use in the show is intriguing, questioning what it means to be human and whether you need a physical body to achieve consciousness. There are a lot of layers of thought weaved into the science and I will admit, I’m sure I’ll have to watch this show two or three times to capture all the nuance. I love a show that makes me think to that level.

The visuals are incredible and the way the story told creates solid pacing. I got pulled into the action immediately and then as the mystery unweaves, we get more of Kovacs backstory and learn more about the other characters. Not only does this not slow down the story, it is often used to enhance the mystery and build the connections and relationships. 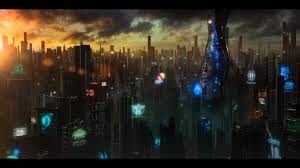 Of course, none of this would work without great acting. Joel Kinnaman is incredible, mesmerizing. He makes his character realistic, empathetic and engaging. Martha Higareda as Ortega is warm, feisty and balances Kinnaman perfectly. Her character brings a much needed diversity and I love her fight scenes almost more than Kinnaman’s. Purefoy brings his usual brilliant acting and Dichen Lachman brought her character a complexity that I don’t want to spoil. She was genius, balancing warmth with ruthlessness. 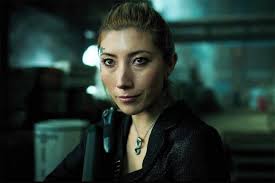 There was nothing that pulled me from the story, no flaws that disrupted my enjoyment. While there is some use of flashbacks, even those did not take away from the mystery but added in intrigue and the final solution kept me guessing. This is one of the best science fiction I’ve seen in recent years and I highly recommend you watch this amazing show.