Saturday April 14th at Phoenix Film Festival saw us going back for a nice selection of science fiction films, both feature length and short films.

Starting off with Chimera, this was our fourth time watching the film (twice at home, twice in the theater), and the fact that this film held up under a fourth viewing just speaks to its quality. While it is thoroughly entertaining seeing it on our big screen television, that does not compare with what we saw in a theater. The images are so larger than life, which gave it a new level of intensity we had not experienced before. This film is one serious head trip that keeps the audience feeling just slightly uncomfortable, until the last 15 or so minutes when the horror gloves come off, both in terms of blood and violence, but also in terms of its “horror for humanity.”

After the feature film we later shifted over to the festival’s Sci-Fi Shorts Block A with the following films.

Invasion
Director: Vesa Manninen
Synopsis: She wakes up after a big bang, and something has gone terribly wrong.
Very Twilight Zone, all about an invasion of Earth. Rather War of the Worlds like, starts off mysterious and intense. The film is extremely short and quite violent. Excellent production values, but short on a fully realized story, even for a short film. Unsure as to whether or not this is supposed to be a proof of concept. Film has an extremely dark and sudden stop to it. 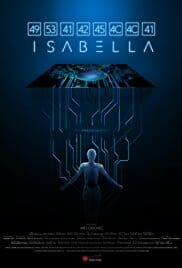 Isabella
Director: Qihong Wei
Synopsis: An AI expert is assigned to test a problematic maid droid, and in the end, digs out an astounding secret.
Feels like Blade Runner with androids and sentience, as well as the electronic soundtrack. A rather anti-AI story. Short film telegraphs that there is more to Dr. Mathison than we are lead to believe. Nice subterfuge for the audience regarding who is the android and who isn’t. Still very well done, despite being somewhat predictable. 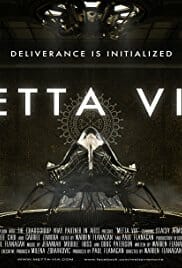 Metta Via
Director: Warren Flanagan
Synopsis: ‘Deliverance is initialized.’ A young woman wakes up in a mysterious ‘temple like’ room and must figure out what her purpose is there.
Film starts off with some truly outstanding production values, with a tiny bit of a sendup of Metropolis. Film is very surreal. Lots of images and absolutely no dialogue; only a few brief sentences of text. Visually beautiful, but it made absolutely no sense whatsoever. 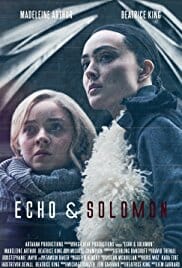 Echo and Solomon
Director: Jem Garrad
Synopsis: Two women living in isolation struggle to survive in a world dominated by Artificial Intelligence.
A dystopian future where AI brought down modern civilization. Young actress playing Echo is very good. Odd film that feels like a proof of concept. What does Solomon want for Echo? Why report on Echo when she finds out the truth? Again, another very well produced short film, but it definitely feels like there is more story to be told there as this film just suddenly stops. 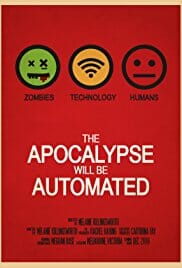 The Apocalypse Will Be Automated
Director: Melanie Killingsworth
Synopsis: Melbourne, 2021. a virus runs rampant in the fight between humans and zombies…who will machines side with?
The zombie apocalypse has hit Melbourne Australia. Rather comedic if automation came in and took over our lives. Moral of story, don’t try to drive your car during the zombie apocalypse if it has a smart computerized system. This short film is another entry in the zombie genre that serves well as a comedy. While it could work as a horror, having the quasi-smart car element definitely makes this a sci-fi comedy short worth watching. 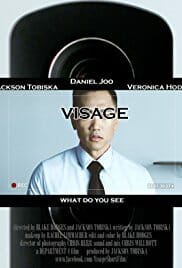 Visage
Director: Jackson Tobiska
Synopsis: Edward is auditioning or a role he was, quite literally, made for. Unfortunately that fact is exactly what is standing in his way.
An android auditioning for a role as an android? A wonderful parable for limited representation in Hollywood, just because an android wishes to play an android for a film. This was probably the smartest of the sci-fi films in this block. It made excellent use of its subject, and gave it just the right type of resolution needed to give it a satisfying closing. Another clear entry as to why indie films can sometimes surpass big budget studio movies. 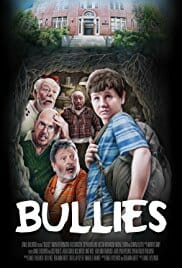 Bullies
Director: Daniel Bydlowski
Synopsis: Eugene, a shy 10 year-old, is bullied until he discovers a secret underneath the school that keeps him safe, but there is a price to pay…
This film has an Amblin sort of feel mixed with Twilight Zone. It really does speak to the horror of bullying and how it can seriously traumatize people. It also shows us what happens when victims of bullies come together and find for themselves a safe haven. Not really a sci-fi film, but a beautiful tale about the evils of bullying that does feel like an Amblin movie.
The film selections today were all extremely enjoyable, even those that perhaps came off as vague and unexplained. Each film had something amazing to offer, be it story or visual presentation, the selection at the Phoenix Film Festival showed the quality of independent filmmakers out there and the talent they have.