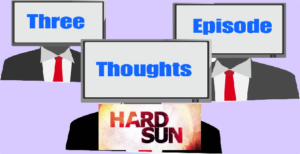 What do you do if you uncover a secret that people are willing to kill you over? Now take it a step further; what do you do if that secret involves the extinction of the human race that the government is willing to kill you over? That is the premise of the Hulu/BBC seriesHard Sun, where two police detectives, through what seems initially as a simple murder, stumble on to a secret that puts their lives in danger.

The first episode opened with a young woman who is brutally attacked in her own home by a young male intruder. The sequence ends after she barely escapes from her own home after it explodes in a fire set by this man she addresses as Daniel. We then flash forward to some time later we see a very professional looking business woman looking at some scientific data that has her terribly concerned, followed by another man receiving a phone conversation that has him puzzled and asking “What is Hard Sun?” Then later we meet a police detective (Charlie Hicks) who has just been introduced to his new partner, and it’s none other than the young woman we saw at the top of the episode (Elaine Renko). Her identity is not lost on Hicks, and she appears to be just as puzzled as to why she was paired up with him as he is. From there we see a man fall out of a balcony and land on some branches of a tree, apparently killing him instantly after being impaled by those very same branches. This brings in our police detectives as they start investigating as to the nature of what brought about this young man’s death. The clues lead them to something of a wannabe hacker who sells information for profit, but when they uncover what he has they are brought to a moral quandary that they cannot agree on. Despite being attacked, and the family of Hicks being possibly in danger, they cannot agree about what to do with this horrible secret, that because of global warming the human race is looking at a mass extinction event in five years. 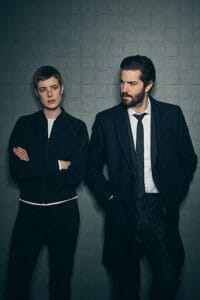 This show was exhausting, but not in a bad way. It had an intensity to it that left me worn out by the time it was over. The action sequences are well blocked and are presented with quite a bit of realism. The acting is very capable, although most of this cast may be unknown to American audiences. Nonetheless, to portray characters who have to deal with a secret of this magnitude, plus trying to deal with the burden of how to handle it is extremely gripping.

The story picks up right where the first one leaves off, with Renko taking off with the information and Hicks having to deal with the fallout of not being able to return it to the “proper” government agency. As expected Renko turns over part of it to the media in an attempt to protect herself, Hicks, and their respective loved ones. Unfortunately for Hicks, he’s forced to deal with some “not so pleasant” persuasion in an attempt to reveal where Renko may have gone. The story then flashes forward four weeks and we start to see how the dust may be settling from this Hard Sun revelation, including a somewhat deranged individual who isn’t taking the news very well, despite the government’s attempts to make the story out to be nothing more than bad journalism at best, and an outright hoax at worst. 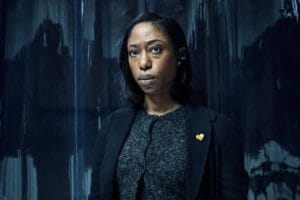 I expected this series at this point to jump headlong into the anarchy that would be created with the revelation that humanity has only 5 years of life left, even possibly that the series might get a bit preachy in terms of environmentalism. Instead the first act of this episode deals with the government conspiracy on the highest order turning it into one incredibly gripping thriller, as well as also being somewhat horrifying that government officials could be so horribly cold blooded when they don’t exactly get their way. The remainder of the episode largely deals with the ramifications of the Hard Sun news leak, but does so by focusing solely on one individual, and how he deals with this emotionally almost turned the story into a psychological horror story. Despite the episode being less than an hour, the narrative and pacing is so perfectly dense that it feels as if you’re watching a well-developed feature film.

This episode starts to pick at something that was barely a thread, and that deals with the circumstances surrounding the death of Butler, the former partner of Hicks. It was suggested that Renko was brought in to the force as a means of bringing Hicks down, and here we see her pursue an investigation that suggests he has a connection with a mob family. As for the issue surrounding Hard Sun, a very disturbed man named Thom starts to feel that God either doesn’t care, or simply doesn’t exist because of the depravity he has seen. He sees how the human race is going to face a mass extinction event in 5 years, so in an act of sheer insanity starts killing good people, all in the hope that God will intervene on their behalf and save them. The episode ends with Hicks being contacted by the same woman from the government who kidnapped him in episode two, and shows him how Renko may be working against him, thereby setting up our two police detectives to ultimately work against each other. 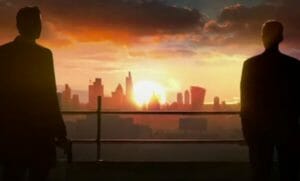 This series is continually getting darker. While I found the subplot regarding Hicks’ loyalty distracting, I can also see how this will become a major element as the series continues. As for the social implications regarding Hard Sun, seeing how people who are mentally disturbed react to this news of the human race’s extinction comes off as quite horrifying, with the character of Thom choosing to become the embodiment of Hard Sun itself and the people he kills. While it is not outright stated, what Thom is doing lends some credence to the government’s assertion that letting this information out about Hard Sun is not something that should have been shared, all for the common good. 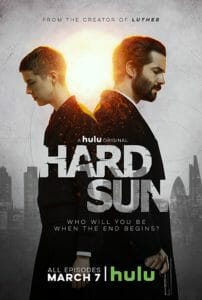 I am no fan of the “gritty drama,” even if it s speculative fiction (the show is classified as sci-fi on Hulu), but this type of thriller found a way of hooking me in, and that is largely due to the incredible way the story is told in this episode. Many TV shows that have come from England should serve as a template for how stories could be told on American television, for the manner in which an incredible amount of story detail, blended with heart-stopping action and well developed characters, on this specific scale, is only something that I have seen perfected with British shows. This series is also extremely visceral. American television and theater can find a way of sidestepping the psychological implications of such horror, but Hard Sun does not do that. After three episodes it only digs deeper into that black hole called the human psyche, and instead of becoming overly preachy with any moral messages about social redemption, it looks to how people might be affected when facing something on such a huge scale as the end of all life, and it does that by successfully reducing and distilling it down into one person as its focus. As I said earlier, I do not go for gritty shows of this nature (life is too gritty already), but there are other elements that keep it interesting, such as the government conspiracy of silence, as well as how far will organizations such as MI5 go in order to keep their secret of mass death, again all for the common good. Then there is the mystery of Hicks that needs to be answered. By weaving all of these plots and subplots together Hard Sun ends up being easily one of the most exhausting, and riveting, shows on television today. 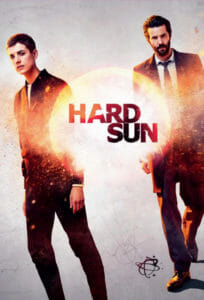