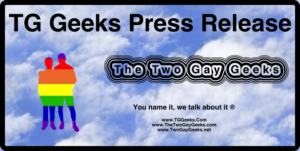 The Two Gay Geeks bring you this Press Release as a result of the pre-arranged Press Conference held outside the Phoenix Convention Center Sunday Morning May 27th.

Phoenix, AZ – During a press conference Sunday morning at 7:00 AM, Kristin Rowan, Director of Marketing for Phoenix Comic Fest, announced that their signature event for 2019 would be renamed to “Phoenix Fan Fusion.” Rowan stated that the change of name was decided since the term “Phoenix Comic Fest” did not seem to roll off the tongue, as they had wanted. 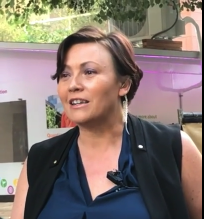 Additionally, during the press conference there was an announcement from an official for the Phoenix Convention Center about the evacuation on Saturday evening May 26th. To paraphrase: There was a malfunction in the security and fire alarm system that caused the alarms to activate. They called in technicians to determine the cause and reset the system. There appeared to be no malicious intent such as an individual activating the alarm.

Rowan announced several events that were cancelled or interrupted on Saturday evening would resume on Sunday. The Masquerade will resume on Sunday at 4:30 in Ballroom 301, the meet and greet with Greg Capullo and Scott Snyder will begin Sunday at 10:00 AM at AA1504 and AA 1500 and they will be allowing all meet and greet passes from Saturday evening. The Kids Need to Read Fundraiser event was cancelled and tickets will be refunded. Additional announcements will be made via the app and Facebook Page.

Multiple questions were asked and answered but most importantly a question of why Phoenix Fan Fusion was selected as the name. Rowan stated that they went through quite a number of name possibilities and settled on Fan Fusion because it most aligns with the focus and vision of the company. Rowan continued on in explaining that they wanted to focus on the fans, the multiple fandoms that are represented and a fusion of the fandoms into one event, “the fusion is the coming together of all of those fandoms, the coming together of us (Phoenix Fan Fusion) and the fans, the coming together of us and the guests and the people we bring in, it’s a collaboration all the way around.”

There will be further announcements about the Fall event planned and next year’s Phoenix Fan Fusion after the 2018 Phoenix Comic Fest is concluded.