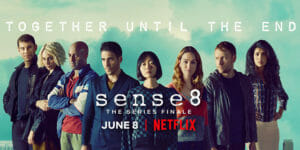 The beginning of June saw the final installment of a series that was controversial, and took fandom by storm in ways that no one expected. Netflix’s Sense8 was the creation by J. Michael Straczynski (Babylon 5), and Lana and Lilly Wachowski (The Matrix), and told the story of 8 very different people from all over the world who suddenly find themselves “birthed” together as a cluster of Sensates, people who are connected together more than just telepathically. The first two seasons of this show saw them discover who they were, discover each other, and in the process, try to escape from the quite diabolical Sensate simply referred to as “Whispers.” Over time we would see each of the individual stories that these Sensates were experiencing on their own, ranging from the gangster life being led by Wolfgang Bogdanow (Max Riemelt), to the troubles that gay Mexican actor Lito Rodriguez (Miguel Ángel Silvestre) is having with maintaining a very successful career as an action hero actor, as well as his personal life with his longtime partner, and his female co-star who has taken a liking to both Lito and Hernando. Then there is Sun Bak (Doona Bae) who has been falsely imprisoned while trying to help her family save face, Kala Dandekar (Tina Desai) from India who is dealing with a marriage she’s not all that enthusiastic about, Nomi Marks, a male to female transgendered lesbian with a slightly criminal past with her girlfriend Amanita (Freeman Agyeman), Capheus (Ami Ameen) from Nairobi who is trying to run an honest business by bussing people across town while trying to care for his ailing mother, Riley Blue of Iceland (Tuppence Middleton), an Icelandic musician and DJ who had been harboring a dark personal secret, and Will Gorski (Brian J. Smith), a Chicago cop whose life is turned upside down when he appears to capture a wanted terrorist named Jonas Maliki (Naveen Andrews) who is in fact also a Sensate from a different cluster and happens to be seeking Will out.

As the seasons progressed we see how each of these people, both individually and collectively, have been forced to deal with some pretty bad situations, but when Wolfgang gets kidnapped towards the end of the second season, the rest of the Sensates finally organize themselves and meet up in Paris, but not after kidnapping Whispers. This final 2 hour and 31 minute episode picks up with Wolfgang still being held by his captors, but this time his “chief captor” is a very shady individual simply known as The Chairman, and he’s the head of BPO, the very organization that Whispers is from. As our gang of Sensates arrive they strategize how they are going to use Whispers as their bargaining chip to get Wolfgang back, all the while also trying to uncover a mysterious drone program using other Sensates as zombies to do BPO’s will. Throughout all of this our favorite cluster has to find a way of staying several steps ahead of the BPO and their crew of Sensates. Without giving too much away with how it is done, they do manage to make the exchange, albeit not quite as they had planned. Now, upon learning that Jonas was not the true terrorist he was labeled, as well as learning what the true motivations were of their cluster mother (Angelica Turing as played by Daryl Hannah), they also discover what game Whispers is playing at, how it involves The Chairman, as well as all of BPO. This puts the Sensates on a mission to finally bring down BPO (at least the shadowy part of it), put an end to the drone program, as well as free themselves from the constant telepathic tyranny of Whispers.

While the storylines for some of these episodes, especially this finale, comes off as convoluted on paper, it’s in the execution that this episode, and the entire series, really shines. From a production standpoint we see the same scene between Sensates of this cluster taken from multiple points of view, which sometimes means multiple locations. It’s a wonder that this series got as far as it did given the production costs, but nonetheless that huge expense was our gain, because the Wachowskis painstakingly managed to recreate scenes from one setting to the next to create that seamless transition from one point of view to the other, and in allowing us to see these characters through the eyes of someone else in the cluster created a certain intimacy for watchers of this series. More than once there would be such beautiful moments that were shared between all of the Sensates, and done so in such a beautiful way that it would constantly reduce me and Keith to tears. There would also be scenes of pure celebration that found me wishing I could be a part of a cluster like that, to be able to so intimately share such a moment with those nuances, and to honestly say to one of them, “I know what you’re feeling!” Then again, the real meat of this series isn’t the plot or the conspiracy that the Sensates are experiencing. Instead, this is a series about evolution. Not the obvious evolution of the human species as portrayed in this series, but the evolution of human thought. As spoken by someone of importance towards the end of this story, “How people endow what is familiar with new, ever-evolving meaning and by doing so, release us from the expected, the familiar into something unforeseeable. It is in this unfamiliar realm, we find new possibilities. It is in the unknown, we find hope.” This series has been a means to help break down old ideas about the world around us and the people who inhabit it, as well as how we relate to one another. Straczynski and the Wachowskis are telling us that we need to come together and form our own clusters, despite what differences may divide us. Even in one Babylon 5 episode Straczynski wrote a line for his character Delenn where she commented on the differences that exist within humans, to which she states that “through their differences they find symmetry.” Here with Sense8 we are being told to open our minds to new possibilities, and if just being told that wasn’t enough, the final scene in this episode clearly shows what is possible. Kala is married to her husband Rajan (Purab Kohli), but through her cluster connection has fallen in love with Wolfgang, so imagine the possibilities when it comes to how she perfectly balances out that little triangle. Even in a moment of joyous exclamation we hear Rajan say, “My God. I did not think such things were possible.” That is the message of this show. 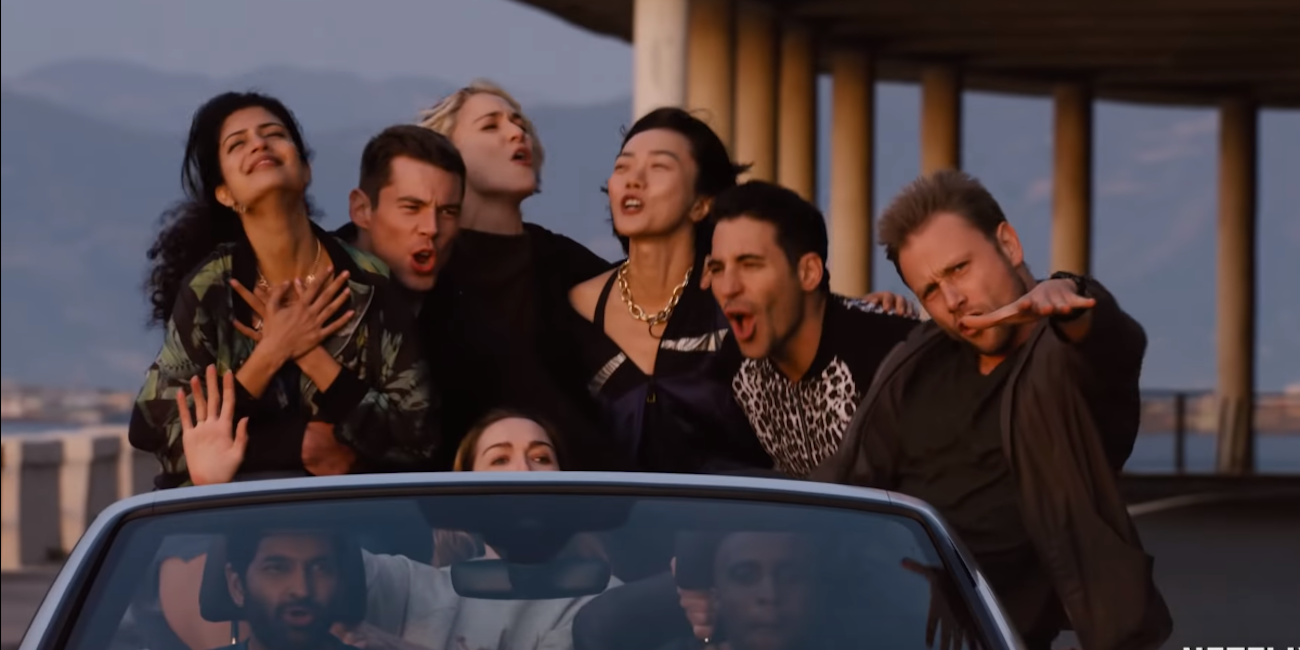 That is what makes Sense8 the powerful series it has become, and as much as I would love to see new episodes be made (I’m not ready to say goodbye to this beautiful cluster!), if this is to be the end of the story, then at least it was a beautiful ending with an equally positive message.