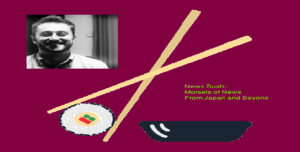 Happy Sweet Sixteen to all!

I know, I know… you forgot to buy me a present. But, that’s okay! Your presence is my present! What… you have cake? Oh! You know me so well!

Let’s fire up the digital record player… hit it DJOzYBoY!

Today’s all about travel!

Done for the day! #wishyouwerehere

Yes, today’s the day I get to share the travel show I was on:

There are three segments, and mine is the last one. If you have any questions about the show, I’ll be sure to answer them if you comment below! I really hope that you enjoy it! I was doing my best impression of Russell Coight:

Russell isn’t a real person, but a character from All Aussie Adventures which was an Australian mockumentary television series that parodies the travel-adventure genre. Comedian Glenn Robbins (perhaps best known as Kel on “Kath and Kim”) plays Russell Coight.

If you want to come to Wakayama, you’ll need to fly into Kansai International Airport, then take the train down to Wakayama. Yura town, featured on the show, is a local stop further down the line, about two hours from the airport.

I actually did a few things recently, last week I went with some friends to go strawberry picking and met this little guy:

I found a frog among the strawberries

And now for something different… more about me!

I was recently interviewed about my past life as a drag queen (yes, dear readers, I’ve had a few lives)! It’s all about how to survive on a tight budget, so perhaps there’s something in it for everyone: https://centsai.com/side-hustle-blogs/rupaul-budget-race-how-to-be-a-drag-queen/ 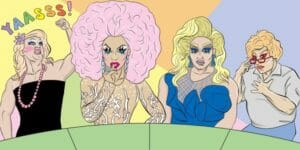 I was even immortalised in a cartoon! Yes, I realise that I don’t look the best, but I’m pretty chuffed that it happened at all!

I’ve also started a new web series, “Talking about the Writer”, which is to shine a light on the forgotten screenwriter’s work. This week, the pilot (and I realise the sound is terrible), I talk about Sheridan Jobbins!

And… it’s a bit of a downer, but it is the elephant in the room:

Yes, indeed, as you may know, I live in Osaka, where a major earthquake happened earlier in the week. We were caught in between stations for about two hours, luckily I didn’t need to go to the bathroom, but as you can see from the photo, we were finally let off. We had to go in single file down to the front of the train to hop off, then walk along the tracks until we got to the next station. I was lucky that all my lessons were cancelled (my day job is an ESL Teacher), so I could just walk home, but, others weren’t so lucky.

My way of a transition back to happier times…

Still feeling adventurous? Why not date a sea captain?

Here, I’ll start you on your journey!

Go and find your Captain or First Mate!

Here’s today’s behind the scenes shot, curiosity of “The Muppets”!

While we are feeling nostalgic…

Now for some retro-futuristic fun…

1999 A.D. (1967): short film released by a consumer products manufacturer. Unlike most of the fantastical or dystopian futures envisioned in sci-fi films, the world of 1999 was not too far off from our world today, filled with consumer technologies that make daily life more comfortable…

1999 A.D. (1967): short film released by a consumer products manufacturer. Unlike most of the fantastical or dystopian futures envisioned in sci-fi films, the world of 1999 was not too far off from our world today, filled with consumer technologies that make daily life more comfortable from r/Documentaries 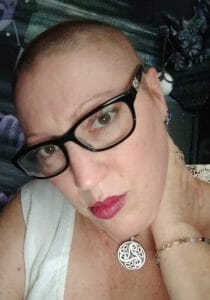 TGG: For the souls you haven’t captured yet, would you mind casting your spell… er… introducing yourself.

AVS: Of course! I’m Andy Van Scoyoc… Conspirator and CEO of Club Midnyte, virtual nightclub and magazine. I’m always lurking here: clubmidnyte.com
Or you can find me on Twitter: https://twitter.com/AndyVanScoyoc

TGG: Your retirement was announced on News Sushi not too long ago, what motivated you to make a comeback?

AVS: I got caught up in the rat race of the music and writing industry when I came out of my first retirement and I felt myself slipping back into the same nerve wracking, high stress habits. I swore I’d never do that, again. So…I had to take another break to put things back into perspective. Now, with owning the Club, I set my own rules and I’M the boss. It makes things a lot easier when you’re in control of your life rather than feeling like you’re at someone else’s whim.

Also…my dream is to own a real nightclub. I can’t do that, yet, but until I can, I just can’t let the Club Midnyte dream, die. I’ve tried…my heart won’t allow me to let it go.

TGG: Sounds like an ambitious magazine project! As you know, a lot of creative types read TGGeeks, what kind of work are you looking for in your magazine, and are you accepting submissions?

AVS: It’s a small magazine…but each issue will be packed with dark goodliness. The submission guidelines are on the Concierge page of the website, but anything dark, horror or macabre is welcome, from goth and alternative models, interviews or articles on anything odd/weird/creepy, horror themed game, movie and music reviews (no format restrictions. I like to read real and raw reviews…if people need tech specs, they can subscribe to a gaming magazine) poetry, short stories and art/photography.

TGG: Here at TGGeeks we love supporting independent creators, so without further ado, could you let us know where and how we can support you?

AVS: Submitting to Club Midnyte Magazine and engaging in our banner exchange is the best way.
clubmidnyte.com

TGG: And finally, as a native of Florida, if a crocodile comes knocking at your door, what do you do?

AVS: Well, shooting them is illegal, so I call the cops and let them deal with it…which means they call in a trapper, while I stand in the safety of my home, watching and being glad I’m not them. Ha ha!

TGG: Thank you so much for being my first interviewee!

AVS: Thanks for allowing me to darken your door! It’s been fun!

(Editor Note: You can also find the link for Club Midnyte in the widget to the right entitled WWL – Websites We Like)

And this week’s funny from @michaelcwchan

And here’s the man himself, in case you want to find out who the man with a thousand puns is…

I had a fantastic #selftape #audition at M.V.P Self Tape Studio today. @MitchellVerigin always does a wonderful job, both on the technical side of things and as a reader. His feedback is on point and helps bring out the best in me. pic.twitter.com/ntt715af4f

A new workout from Kaori Takee!

Garak is quite over dramatic, an alien race that mixes plaids and paisley hardly counts as sinister, tacky at worst https://t.co/eCB5EoDMvE

And, that’s all for another week!