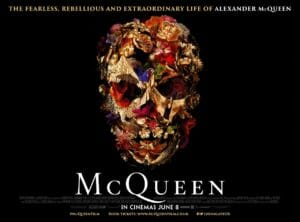 What will you do if you wish to become a fashion designer? How do you know if you’ve got what it takes? How far will you go in order to earn the recognition that you crave for both you and your work?

Lee Alexander McQueen came from a working class background in England, and after having gone through school, went on to complete a course in tailoring at the age of 16 and served as an apprentice to Anderson & Sheppard. Not too surprising when considering that McQueen was admittedly not a very good student, but he had a talent for art and was constantly drawing clothes in all of his lessons. In the words of friend John McKitterick, you don’t discover talent. Talent is there. You open doors for talent. No one discovered Alexander McQueen. Alexander McQueen discovered himself.

As the film goes on we see McQueen continually pushing his way into fashion design studios, just to get more experience, starting with Anderson & Sheppard, and in the beginning what he was working with was somewhat conservative. The clothes were nice, but conservative. Nonetheless it was McQueen’s opportunity to learn the art of tailoring, and that passion earned him the reputation of being the “best tailor working on the premises.” While McQueen may not have been designing, he was certainly in a position at this time to learn the mechanics and skills of tailoring. However, the chance to design could eventually come his way as he found his way out of the stuffy shops and he began to approach fashion designers by peddling his skills at being able to cut and tailor a please of clothing. Even there people who knew him and wore clothes that he had cut and tailored said that what he made for them would fit like a glove. But what about McQueen himself? 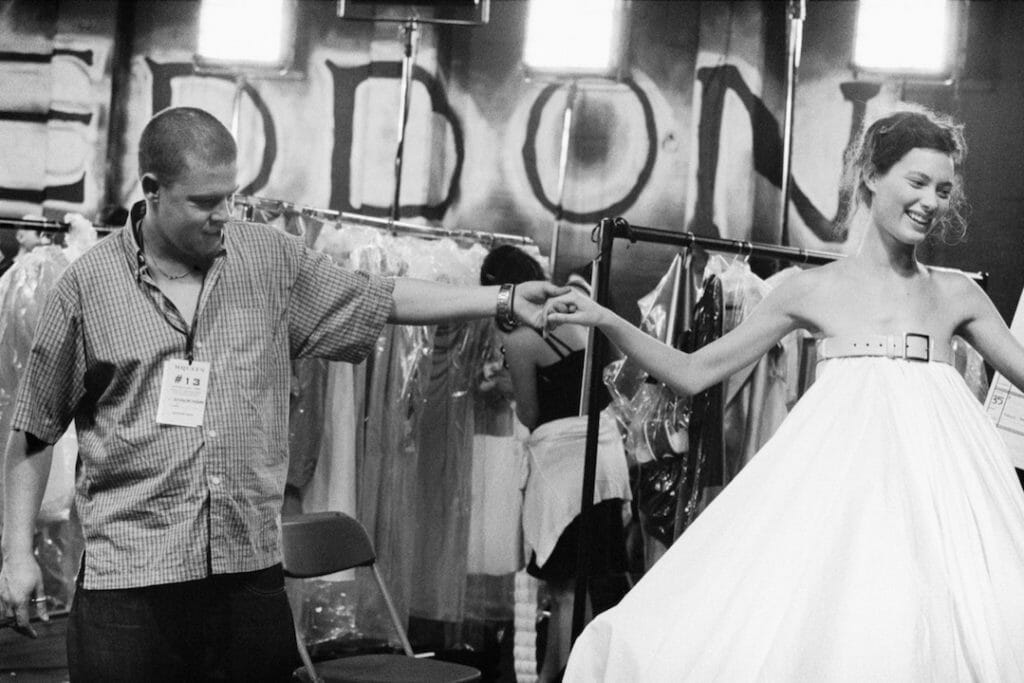 He was a man who had trauma in his life, and he actively chose to express trauma in fashion, specifically on the catwalk with models showing off his designs. He didn’t care what people thought about him, and in the beginning what he cared about most is if his work would actually create a reaction out of people. The worst thing that could have happened is if people simply didn’t care. That was not an option as far as McQueen was concerned. It meant more to him that people would either love or hate his work. He simply wanted it to create an emotional reaction, and that it did, especially during an early show of his when he created fashion dresses that showed models sort of as victims of Jack The Ripper. 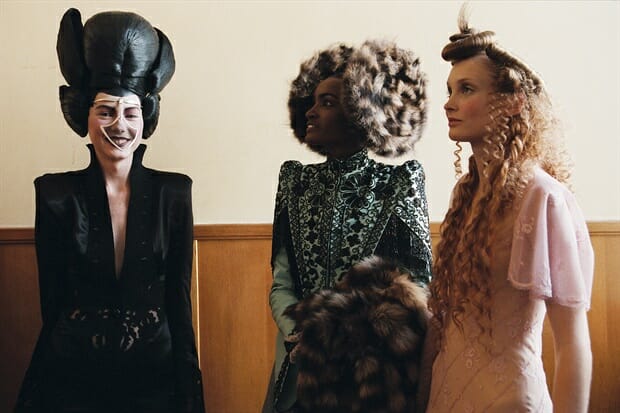 McQueen, through his associations learned that fashion design just doesn’t mean using standard materials one might see in a clothing store or even in a fabric shop. He learned to go with any material, or possibly any prop available to him, if he felt it would help him make his statement, and while the clothes he started off with were completely outrageous and controversial (he earned the nickname “l’enfant terrible”), as time went on he did start to understand that there was a balance needed, that while it was one thing to show off cutting edge fashion styles on the runway, it also became necessary to create something that could be put on a hangar and sold in a store the next day. Throughout all of this we see, as with so many artistic geniuses, the tortured soul that he had within him. As his career developed he gained so many friendships, some of them incredibly deep, but over the course of years he would hurt them and push them away, causing him to alienate himself from many people around him.

I’m not a man into fashion. While I occasionally like to purchase a nice shirt or jacket, I’m basically a t-shirt, jeans and barefoot kind of man. Fashion has never been a driving force for me, so naturally exploring a documentary regarding a fashion designer is something that is a little bit outside of my wheel house. And yet, McQueen goes beyond just being a simple fashion documentary. From the start of the movie we see someone filming him at home and make the crack that they were filming “The McQueen Tapes.” What is wonderful here is that we really see things through the honest eye of the camera lens, and even though McQueen died in 2010 (suicide), having all of this footage with McQueen for the documentary helped to not only bring to life this man that many people outside of the UK may never have heard of, but we also get a sense of compassion and sadness for him. While his work may have suggested that he was rebellious when it came to his designs, the documentary also shows that he was a very kind, but sad man. Perhaps it’s that turmoil that helped to fuel his work and create designs that only made sense to him, and that is the other fascinating aspect of this documentary. Searching the Internet for high-fashion runway videos would sometimes show designs that are beyond outrageous, and McQueen’s work was no exception. However, it becomes clear, especially as McQueen started to work for more mainstream companies later in his career is that many of the designs that were considered extreme would be used as inspiration for more everyday designs that the average public shopper might actually purchase. In that respect this documentary could be thought of as 2 parts Alexander McQueen, and 1 part the world of fashion and how it operates. With all of that, even for someone who is not into fashion such as myself, this movie was oddly compelling. At times I felt like I was watching a car accident in slow motion in regards to what new insane work would McQueen produce next. 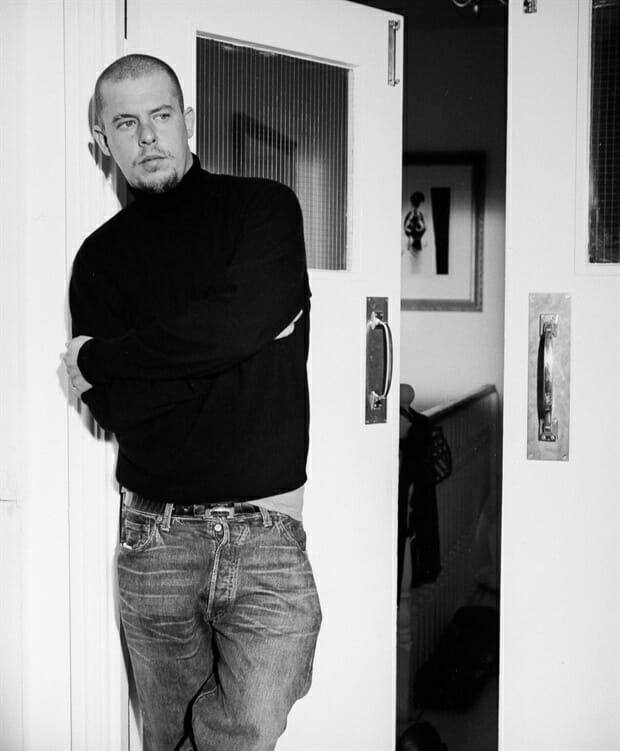 Unfortunately this movie can’t be considered perfect. The screener that I was able to watch suffered from mixing problems where some of the background music for the film was mixed a bit too high that would then drown out some of the dialogue from the people either being interviewed or from footage of people in and around McQueen’s life. I wanted to be able to latch myself on to every word everyone had to say about McQueen, but many times was unable to as the screener didn’t have subtitles except for maybe 10% of the time, of which I’m still not sure as to why those few subtitles were there in the first place. That is what created a greater sense of frustration because I found myself absolutely fascinated with this tortured genius, but much of what everyone had to say about him, including McQueen himself, was sadly lost on me. Nevertheless, this is one of the most visceral documentaries I have ever watched, and while the subject matter is still not something that I’m actively interested in, I continued to find myself thinking about McQueen and the world of fashion even after I had finished watching this documentary.