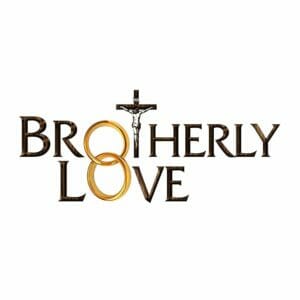 With LGBTQ issues moving into a more socially acceptable climate it was no wonder that mainstream cinema would soon follow. Movies that dealt heavily with issues such as coming out as well as AIDS were the topic du jour at one time, and amazing movies that dealt with those points came out at a time when the world needed to see them. Then social acceptance and recognition started to happen, but those small studios and filmmakers that produced those earlier films suddenly found themselves without any substantial subjects to talk about, so they started looking in other areas that perhaps might shine a light on other aspects in the LGBTQ community, and since dating relationships has been a darling of films going back to the 1920’s it seemed right for smaller production houses, with a focus on LGBTQ issues, to do the same. Now we have a comedy titled Brotherly Love from Red Dawn Productions that takes a unique look at relationships and religion.

Vito Fortunato (writer/director/actor Anthony J. Caruso) is a novitiate desiring to become a Brother in the Catholic Church. He’s also gay and very much out of the closet. Having taken all of the necessary vows, he strives to purify his life so that he can better serve God and hopefully give his life some meaning. It does not help that he does still experience a strong sexual attraction to other men, plus his best friend Tim (Chance McKee) is still very much active in the gay scene and continues to drag Vito along with him. Feeling a sense of confusion he decides to take a sabbatical from the home he’s sharing with other novitiates and goes to Austin to help out some Brothers there during the summer months while one of their own is also on sabbatical. While there he immediately meets a young man named Gabe (Derek Babb) who immediately starts to fall head over heels in love with Vito, and all the while Vito is completely clueless. Even when others observe how Vito and Gabe make such a cute couple, Vito has to explain that he’s not in a relationship with Gabe. He keeps putting on the brave face with the intention of becoming a Brother, but even starts to experience even greater confusion than before. 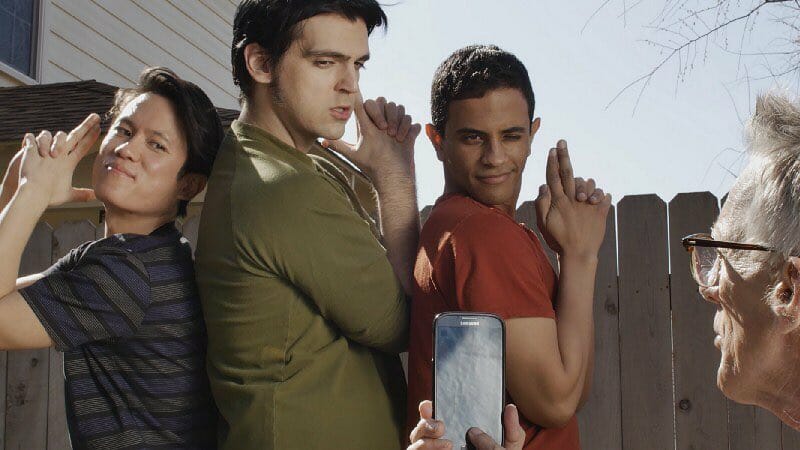 Right from the beginning this film shows the life of an order of Brothers (they sort of resemble Franciscan) who are very much immersed in the modern world. When they’re not in their robes they’re wearing regular street clothes and do not pass off as people who are either pledged to serve God, or are at least novitiates with that same desire. I personally do not know if this specific arm of the Catholic Church exists in this manner, but the way in which it was presented rather took me out of the movie, and that was within the first few minutes. Most of the characters are beyond outrageous, which does not serve the film well if the attempt is to ever market it to a greater audience. Having it serve the LGBTQ demographic is all fine and well, but the movie plays on some of the loudest stereotypes and clichés imaginable. McKee as Tim gives one of the best and consistent performances here, but his is also the most outrageous. That’s not to say that people like Tim don’t exist. They do, but to immediately fall to one such character to play Vito’s best friend felt cheap, as do many other characters in this film. However there is one that does have more depth to him, and that is the role of Joseph played by David Blackwell. He plays something of an elder statesman in the Austin house, and Joseph is dying of AIDS. That does not make him a character to be pitied; rather he’s one to be admired for the wisdom he imparts shortly after first meeting Vito. In fact, in a movie where both characters are ridiculous, and the script is far too stretched out making many scenes almost cringe-worthy, the dialogue between Vito and Joseph is actually beautiful. The scene is not too short, and not too long. It’s perfect and heartfelt. Here I was able to lose myself in the film and actually felt like I was watching an honest conversation between two real people. Even Caruso’s acting, which sadly consists of primarily two facial expressions, came off as being genuine. Then again, acting opposite Blackwell would make practically any scene wonderful.

Sadly much of this movie really lives and dies on Caruso, who in addition to starring here also wrote the screenplay, directed the film, edited it, AND served as executive producer. That’s too many hats for one man to wear. In the arena of editing, many scenes just meander on way too long giving focus on side characters that serve to take away from any potential substance a scene may have. There is also one sex scene that actually goes on far too long given the manner in which it was shot. In what appears to be a single take, there is a scene of physical intimacy that actually bordered on being pornographic. The scene did dangerously tread towards those waters, which again took me out of the movie watching experience that Brotherly Love should have been trying to create. Now I have seen plenty of same-sex scenes in bigger studio films, but they were done with a sense of taste that still left plenty to the imagination. That is not the case here. There was virtually nothing left to the imagination in terms of what these two characters were doing. That might work well for porn, but not here. Also, one of the final scenes in this movie delivered a deliberately misleading moment that I actually found displeasing. It was another moment that felt cheap.

As for serving as both director and actor, perhaps Caruso should have considered doing one or the other, because there are moments here and there where he shows that he is capable of good emoting, but without an impartial eye in the form of a separate director his performance ends up being largely lackluster, and possibly even diluted. This is sad because I so very much wanted to like Vito, but between the way his character was written (which may not be Caruso’s fault as this was an adaptation from a book) and then performed made him frustrating to watch. He didn’t come off as someone who was confused and trying to make sense out of what he wanted in his life, rather he seemed wishy-washy and rudderless. Once more, this was frustrating for me because through all of the layers I just mentioned, I could see that Vito was a good character. Caruso did deliver just enough for me to see that, especially in regards to Vito’s feelings towards Gabe. 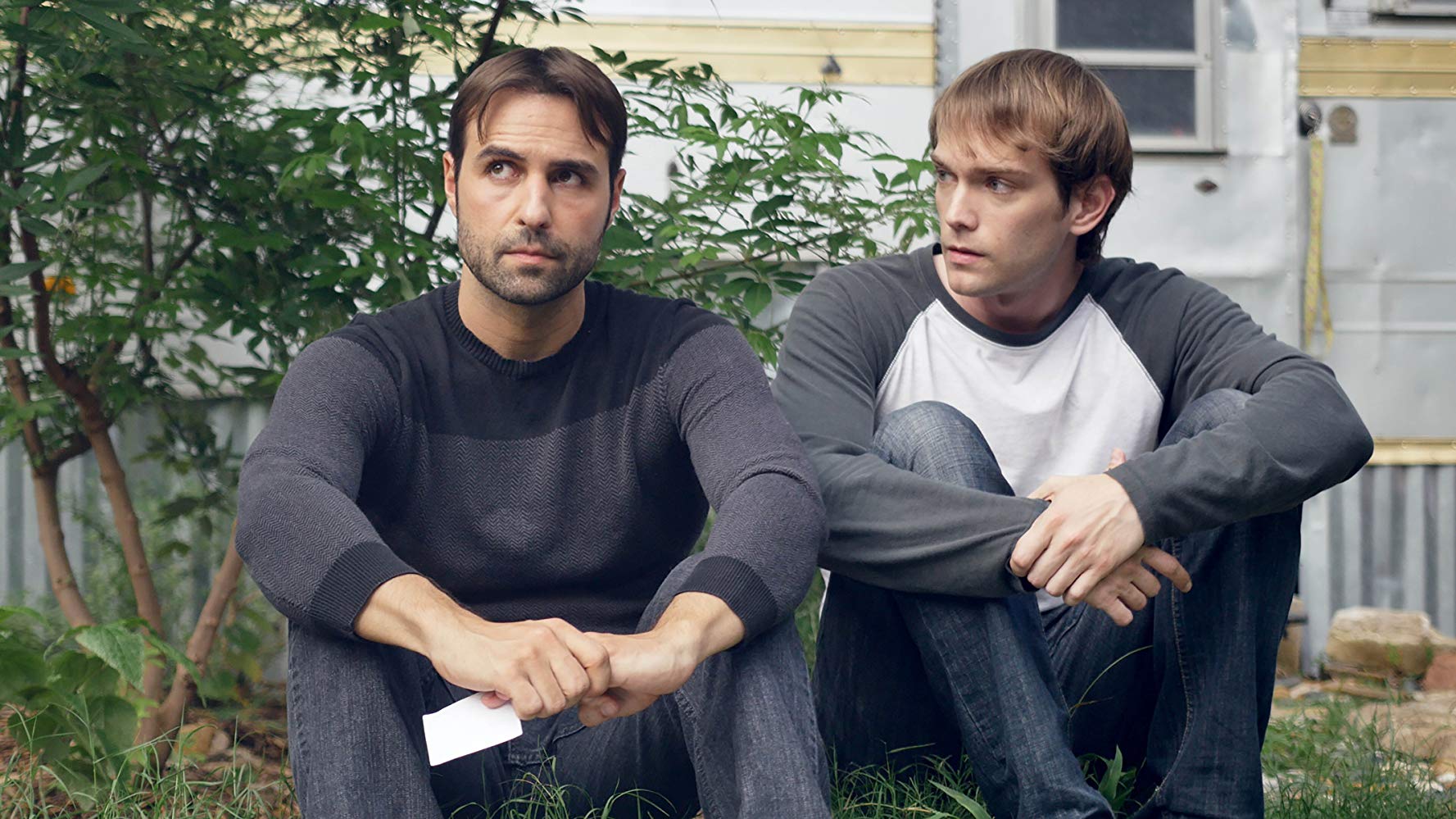 With all of that this movie is not one without a message. Several times the issue of “love” is brought up. The meat of this movie, meager as it may be, is that without love we are nothing. It matters not what we do in life if we are without love. That is a pretty broad term, but dealing with Vito’s conviction to serve only God finds him denying the one thing that would give his life meaning, and that is the type of love that can only come from being in a relationship with another person. It does not matter whether it is opposite or same-sex, the film tries to say that there is something unhealthy about the denial of that type of love. Despite the quality of Caruso’s acting, he does convey a man with growing confusion and even unhappiness the longer he tries to deny what he really wants. This could serve as a metaphor for people who try to live a life in an opposite-sex relationship, only to find them miserable because one or both parties desire a same-sex partner. In Vito’s case, his desire to serve God and forsake earthly love was coming from the wrong place in his heart. Instead of choosing to serve God he was choosing to run away from the more “materialistic” gay lifestyle that he had become accustomed to. So Vito chose to run away from who he had become instead of choosing to run towards God. It was only through realizing that there was something good and noble and wonderful about being in love that he started on the path towards true fulfillment. This is the message of this movie, and for that reason alone, Brotherly Love has something positive to offer.

Brotherly Love receives 3 out of 5 crosses.

Brotherly Love  plays at Laemmle Music Hall in Los Angeles on August 3, 2018, and will be released on DVD/VOD August 7, 2018 from Breaking Glass Pictures.
————————————————–
We like to know what you think, so please leave a comment in the section below the article, and if this is your first time visiting please be sure to read the Privacy / Terms and Conditions Of Use.