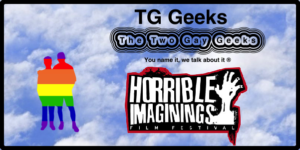 They have added a bonus night to the festival.

Let’s see what that is all about: 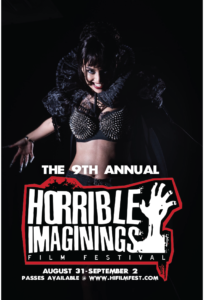 SANTA ANA, Calif. – Aug. 15, 2018 – Horrible Imaginings Film Festival will add a special bonus night to their already-packed festival lineup on Labor Day Weekend. Director Kevin Tenney will make a guest appearance at The Frida Cinema on Thursday, August 30th at 8:00 PM for a special 30th Anniversary presentation of his cult classic film NIGHT OF THE DEMONS. Entrance will be included for all Horrible Imaginings passholders.

Night of the Demons (U.S.) — Ten teenagers decide to hold a party in an abandoned funeral parlor on Halloween night. Not a good plan — as every horror fan instinctively knows. But if you insist on this venue, you really shouldn’t hold a past life séance as one of your party games. The teens awaken an evil force that keeps them from leaving and turns their party into… you guessed it… a living hell!

Audiences will laugh and scream with their friends at this big-screen presentation of one of the most enduring cult films of the home video age, followed by a chat with Mr. Tenney.

Kevin Tenney will be the first recipient of Horrible Imaginings’s Banquo’s Ghost Award, given to those who have left a mark on the genre that will haunt us forever. Since the festival and its other awards take their names from Macbeth, Horrible Imaginings turned to Shakespeare’s horror play once again, this time tapping the character whose ghost haunts Macbeth’s banquet as a reminder of bloody deeds. 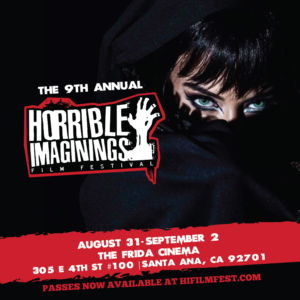 About Horrible Imaginings Film Festival: Established in 2009 and named by MovieMaker Magazine one of “Fifty Film Festivals Worth the Entry Fee” for 2018, the annual Horrible Imaginings Film Festival showcases the newest voices in horror, sci-fi, and fantasy genre cinema over a multi-day event consisting of film screenings, diverse panels, parties, and networking sessions. Over the past 9 years, HIFF has shown over 700 independent genre films and welcomed over 8,000 attendees. 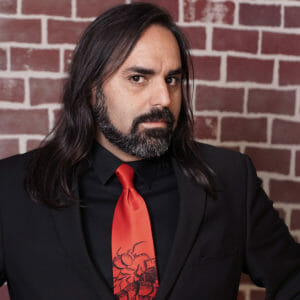