Writers Lawrence Kasdan (The Empire Strikes Back and Return of the Jedi) and son, Jonathan Kasdan (In the Land of Women), drew on the elder Kasdan’s cinematic knowledge of Han to mesh it with facts and story elements from the Han Solo Trilogy books in order create a script that a cross between a Firefly episode and The Man with No Name.

Its wild west space opera perfect for introducing a young Han Solo. I know this film had people deep in their feelings but I enjoyed it more than I thought I would.

Solo is a funny mix, if slightly formulaic, of western outlaw meets 70s gearhead that firmly establishes its place in the Star Wars timeline.

It interesting to discover in the behind-the-scenes footage, that the vibe the film left me with was completely deliberate.

The Blu-Ray/DVD has a lot of other goodies and trivia to make a home viewing even more enjoyable. 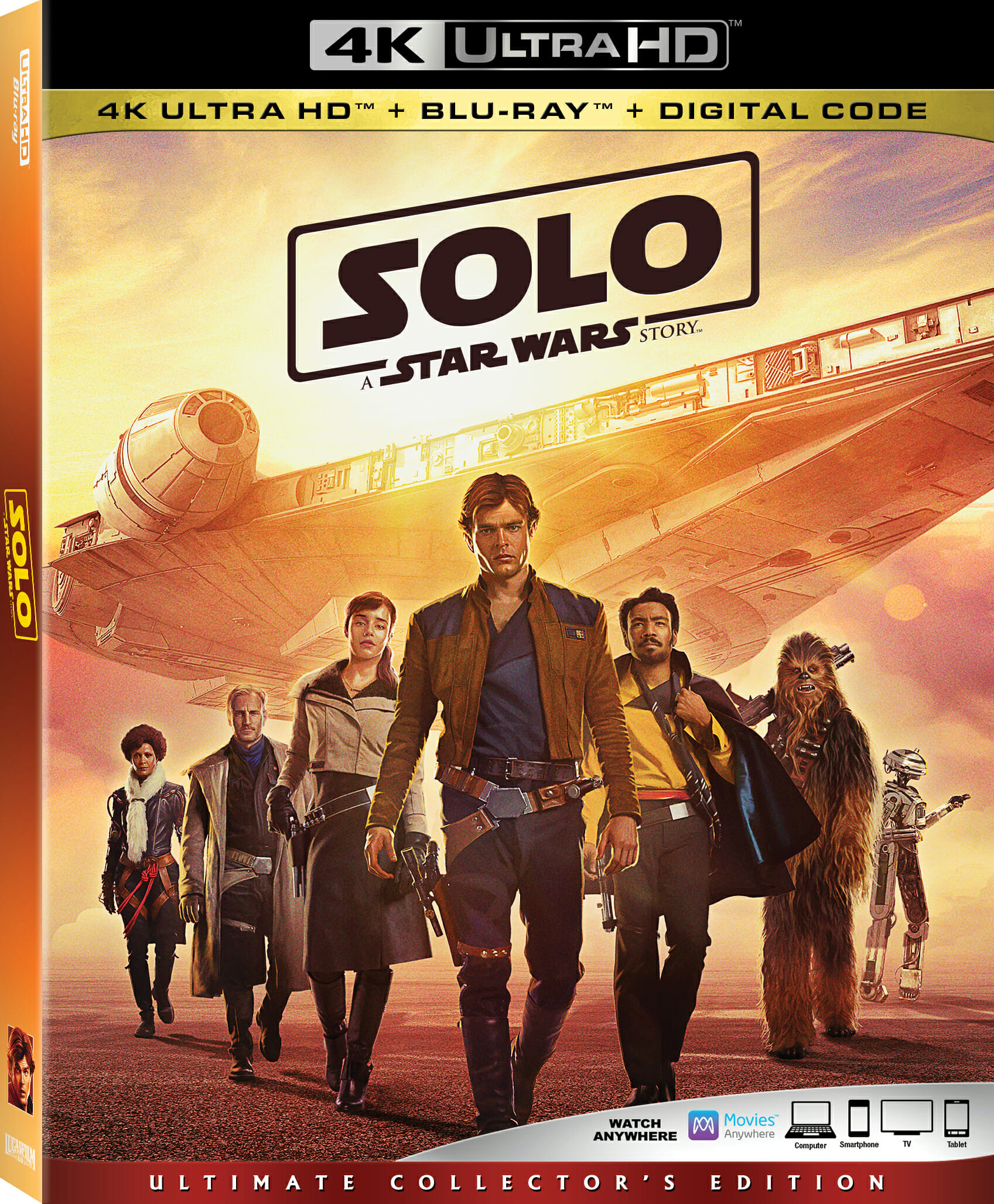 I grew up with Harrison Ford as my Han Solo. Harrison’s Han was a snarky smuggler with a quick trigger finger. His braggadocious swagger and charm save his life just as often as it gets him in trouble.

I always wondered about Han’s life pre-Luke and joining the rebellion. Although the comics and books filled in the gaps pretty well, I always thought his story would make a great movie.

Solo: A Star Wars Story was a great way to bring one of my favorite characters to life and re-watching it home with all the extras just it a much richer viewing experience.