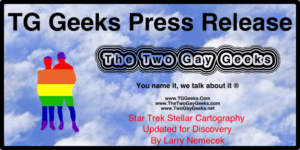 The Two Gay Geeks received a Press Release from The Quarto Group representing our good friend Larry Nemecek.
They let us know about a new release of the Star Trek Stellar Cartography newly updated for Discovery.
Below are the specifics about the release and a pre-order link. 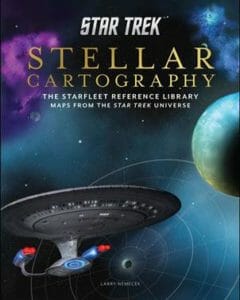 Star Trek author, actor, and archivist Larry Nemecek explains the maps are “all grounded in known astronomy and physics and are based on the original, in-house charts that were prepared from the basic galaxy ‘quadrant’ layout and main empires locations.”

The maps include an ancient Vulcan map, a Klingon Empire map from the pre-Organian Peace Treaty era (in the native Klingon), an official Romulan government map of the Empire, a native Cardassian Union map from the Bajor occupation, along with Federation maps from the modern era. In addition, Nemecek choreographed the Domionin War – describing this as his “greatest contribution” in authoring the book. Housed in a handsome clamshell case and paired with a fully-illustrated reference book providing detailed information on planets, systems, and topography, this exclusive collection showcases the Star Trek universe like never before. 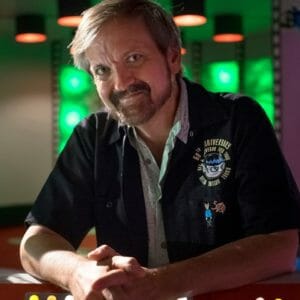