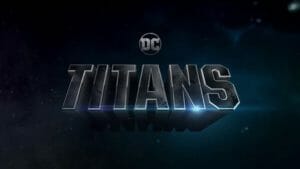 When we last left our four heroes Rachel had been left in a Sanctuary, however she wasn’t happy with the situation. While they weren’t exactly abusive towards her, her defense mechanism kicked in when they treated her a bit more firmly than she would have appreciated. Needless to say, that particular Sanctuary is in serious need of some remodeling after her “dark side” had its say. Kory and Dick meet up with apparently the same agenda; they want to make sure that Rachel is safe. Rachel escapes, and then meets up again with Gar, who decides to take them to his “family home,” only it’s nothing like what anyone would have expected. This is a complete collection of misfits in the most bizarre way. There is a man who is entirely mechanical, there is an invisible man who is one heck of a cook, and there is a woman who does not want to be seen, despite the fact that she appears to be incredibly beautiful and glamorous. This is the Doom Patrol. However, after a bit of a skirmish, Gar and Rachel leave with Dick and Kory in an attempt to learn more about who is after Rachel. At first Dick tries to train them in their skill set so that they can defend themselves against the Nuclear Family, and Dick meets with a Dr. Adamson, believing him to be behind all of this. Only he isn’t, and Dick has the displeasure of meeting the new Robin, better known as Jason Todd. Dick has to take a side trip to deal with someone from his past and meets up with Donna Troy, aka Wonder Girl, where they reminisce a bit and Dick hopes to figure out what he needs to do with his life. When Dick reunites with his companions he sees that the Nuclear Family is dead, but they learn where Rachel’s mother is kept. She is rescued, but is she who she appears to be? She takes them to her empty house and invites them to stay. Kory has a revelation about who she is and what her “mission” is regarding Rachel, but when Dick, Donna, and Kory return to the house things aren’t what they seem. Dick goes in, but Kory and Donna are unable to. Then things go particularly badly for Gar (who has been in the house the entire time), Rachel, and Dick.

Long synopsis, eh? Well that is entirely due to the incredible writing of this series. It is almost as if the writing team took a page out of some of the best genre programming to come out of the UK, and write some very dense (but still well organized) storylines, allowing for the narrative to advance at a dramatic pace, but at no time ever feel rushed. Of course this series was bound to take some further liberties from its comic book counterpart, but never to the point where the spirit of the series became unrecognizable. Instead this series took the time to build on the characters that we have as well as introduce new ones. The introduction of Jason Todd was a welcome surprise (played with a certain nasty punk attitude by Curran Walters) as it not only exposes new depths to the problems that exist between Dick and the “never seen” Bruce Wayne/Batman, it also gives Dick an unexpected identity crisis. That is when Donna Troy comes in, perfectly portrayed by Conor Leslie. She presents Dick with her approach to breaking away as Wonder Woman’s “sidekick,” but at the same time informs him that being Robin is not good for him, nor is not being Robin good for him, and that he needs to find a third option.

The other characters don’t show much more development, except perhaps with Ryan Potter’s Gar as he tries to deal with the growing feelings he has for Rachel. Rachel on the other hand gets to show some happy moments when she is reunited with her mother (played by Continuum’s Angela Roth). Through her we learn about her father (his identity did not stray from the comic book), but that’s where the similarities end. Here the series takes a serious turn away from the printed page in terms of the role Rachel’s mother plays.

As much as this series, as a whole, has been about Rachel, her origin story is clearly serving as the catalyst for bringing this team into existence. The last half of this season is clearly about Dick Grayson, and his “hero’s journey” that he needs to take in order to rid himself of being Robin and eventually become Nightwing. What was a huge surprise is how this season ended. Instead of resolving, with possibly leaving us just a few dangling threads to pick up next year, this ended on a rather significant cliffhanger regarding Dick (which will undoubtedly figure further into his hero’s journey), but just when things couldn’t get any more unusual, the writers delivered a serious Easter Egg in the form of a new character escaping his confinement in some secret laboratory, and only the marking on his arm gave comic book geeks that squee of delight as they were able to determine what that lab is, who that new character is, as well as suggesting that the showrunners for this series have some pretty grand plans that go way beyond the premise that this series initially presented.

Despite some of the radical changes this series took, it created something that was able to stand on its own two legs and with its own identity. The storytelling has been amazing and all of the characters compelling. Even the side-story giving Hawk and Dove’s origins was extremely interesting to watch, which gives hope that they will serve an even larger road in the future. If this is any indication as to what Greg Berlanti and his company are capable of creating, unencumbered by any network restrictions, then perhaps Warner Bros./DC needs to rethink their plans and should instead focus on programs such as Titans. The potential for world building is so great here it could rival what has been done on the CW. In short, when it comes to a superhero series for the small screen, there are few (if any) who could stand up against the mighty Titans.