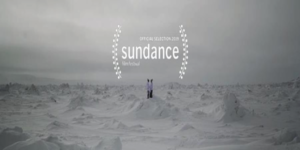 The Two Gay Geeks received this press release from our friends at Chicart Public Relations and wanted to share it with you.

If you are at Sundance Film Festival, there is still an opportunity to see this short film.

Check out this delightful short film.

In this short film, Kaukai and Chamberland practice the art of throat singing in their native land. Their hypnotic performance intertwines with vast aerial shots of Kangirsuk, captured by drone over the four seasons in the Artic. As the song progresses, the spectacular visuals unite with their pulsating rhythmical performance, which culminates in a profound unison between their Inuit roots and the territory.

“In our culture, throat singing is a form of song where we imitate the sound of nature or animals. It is a traditional game between two women where we try to make each other laugh!” says co-director & protagonist Eva Kaukai. 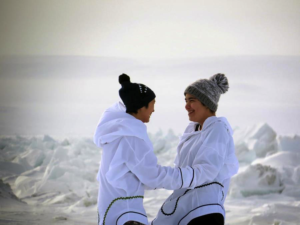 “Throat singing also has a history amongst our people to be expression and exchange of emotion (stress, hunger, loneliness, happiness) and especially during arranged marriages for women,” adds co-director & protagonist Manon Chamberland.

Eva Kaukai (18) was born in Kuujjuaq, Nunavik and Manon Chamberland (17) in Montreal, Quebec. Both presently live in the Inuit community of Payne Bay. Thanks to a Wapikoni stopover in Kangirsuk, they were able to learn how to use sound and video to express their reality, their culture and their attachment to the land through throat singing. Kaukai wants to explore themes that connect Land, Animal and Person. Similarly, Chamberland wants to delve into experiences that draw from the relationship of Language, Identity and Culture. Throat Singing in Kangirsuk is their first film and they make their World Premiere at the prestigious Sundance Film Festival. 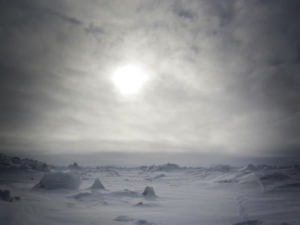 “The Sundance Film Festival provides a platform to young up-and-coming voices out of the First Nations and Inuit communities, such as Eva Kaukai and Manon Chamberland, thus contributing to the awareness of the patrimonial traditions of a new generation of Indigenous filmmakers,” adds producer Manon Barbeau, the co-founder of Wapikoni.

Eva Kaukai and Manon Chamberland practice the art of throat singing in their native Arctic land, in the small village of Kangirsuk. Interspliced with footage from the four seasons of Kangirsuk from Johnny Nassak.

About Throat Singing in Kangirsuk

Founded by the Atikamekw Nation Council, the First Nations Youth Council of Quebec and Labrador, and filmmaker Manon Barbeau, Wapikoni is a travelling audio-visual and musical creation studio dedicated to Indigenous Youth. Since 2004, Wapikoni has visited 28 nations and accompanied thousands of participants who worked to direct over 1150 short films translated into several languages. These films have received almost 170 awards and honours at national and international festivals and events. Last September, Wapikoni was awarded the 50th-anniversary medal by the Ministry of International Relations and La Francophonie. Wapikoni became an official UNESCO partner in 2017.

To find out more about Throat Singing in Kangirsuk and thousand of other Indiginous films produced by Wapikoni, visit the official website www.wapikoni.ca.

Your thoughts and opinions are important to us, so please leave a comment in the section below the article, and if this is your first time visiting please be sure to read the Privacy / Terms and Conditions Of Use.And Please, Play Nice!