3 Episodes in The Passage

I wasn’t going to add another television show to my schedule. I swear. But Fox peaked my interest with the commercials and the young lady who is the main protagonist. After three episodes, I am hooked and this is one of the best shows I’ve seen on Fox so I’m hoping for a long run.

The show begins by focusing on The Noah Project where scientists are experimenting with a dangerous virus. It has potential to cure all disease but could also potentially wipe out mankind. The root of the virus was discovered by Dr. Jonas Lear (Henry Ian Cusick) and his partner, Dr. Tim Fanning (Jamie McShane). However, the virus caused Fanning to devolve into animal like behavior. In order to get the experiment to work, the lead scientist Major Nichole Skyes (Caroline Chikezie) chooses a young girl, Amy Bellefonte (Saniyya Sidney) to inject with the virus. They send Federal Agent Brad Wolgast (Mark-Paul Gosselaar) to bring her to the facility but Brad becomes Amy’s surrogate father. In doing so, the pair come face to face with both Major Skyes, an ex-CIA operative in charge of operations, Clark Richards (Vincent Piazza), whom Brad trained and a new race of beings confined in Project Noah, including Fanning and ex-convict Shauna Babcock (Brianne Howey). Amy and Brad must discover the truth and will they escape or will the strange beings escape, bringing apocalypse to humanity? 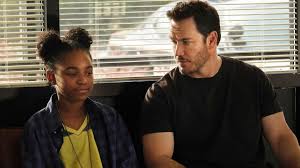 The premise is intriguing, based on a trilogy of novels by Justin Cronin. Already there are some plot elements that are clear, the first of which is that the writers are playing with moral ambiguity and exploring the line between good and evil, especially in the work that the scientists are doing within Project Noah. It is shown that the lead scientist Nichole is attempting to avert a massive disease that is killing millions of people but her methods are questionable. The original group being used in the experiment are death row inmates, who have been offered a stay of execution in order to assist the testing. These individuals have given their consent but Amy Bellefonte is a newly orphaned young woman who not only is a child who is not able to provide consent but she refuses. Still, the group will stop at nothing to bring her in.

Beyond the moral choices, the exploration of the creatures and what they are capable of is one of the strongest elements. Vampires are not a new concept but the design here is strong and it brings new capabilities to them. While they appear unthinking animals, living off blood, the group is communicating via dreams and have an unspoken communication. I have seen aspects like it before but created on screen it is striking and interesting. 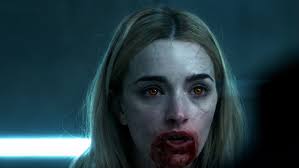 What really hooked me are the characters. Amy and the actress playing her is a strong character, brave and smart. Viewers are able to empathize with her and her losses. As the main protagonist, she is complex and full of depth. So too is her surrogate father, Brad. In fact, all the characters are complex, including the villains. I’ll leave it to you to decide if the scientists are villains or not but nothing they do is one dimensional. In one episode, we see the character of Clark Richards hunting down a young girl but we also see him protecting a young woman from harm. Fanning appears silent and damaged but he is also incredibly intelligent and flashbacks show his determination to find a cure for the ills that plague mankind. Everyone has a clear motive and depth to their backgrounds.

The acting is also rich and emotional. Saniyya Sidney is especially compelling as Amy, funny, bright, and smart. She embodies the role so well that I can’t wait to watch more of what this young, engaging actress will do in the future. Mark-Paul Gosselaar is equally skilled, a great foil to Saniyya and the pair have a great, natural chemistry together. He is believable as a federal agent and those skills seem critical to the plot. Henry Ian Cusick is always a favorite actor of mine, even when he’s playing the bad guy. In this show, you can’t quite decide whether he’s good or bad but he is definitely not boring. His acting elevates some of the scenes away from Amy as does the acting of Jamie McShane as Dr. Tim Fanning, whose performance is eerie and breathtakingly powerful. 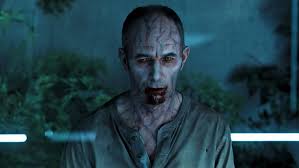 What isn’t clear yet, is just why the group is so focused on Amy. I find it hard to believe that there aren’t other orphaned girls that Project Noah could have used once Amy slips out of their fingers the first time but they continue to pursue her, long after it would have been believable. Now, I can and do find it believable that they’d want to silence Brad, who knows all about the facility and what they were doing to a young girl but they want Amy over him, when it just doesn’t seem practical.

Despite that lack in the story, the complex characters, the mystery of what the vampires are conspiring towards, and whether Amy will escape are all keeping me watching this show. There is some incredible acting as well as actors I enjoy in this show. I can’t wait to see the rest of this season, what Amy will do next, and whether the vampires will escape their confinement. I’m hoping yes, just to see what happens after they get out. I’m sure this is a show to watch, especially for fans of science fiction. 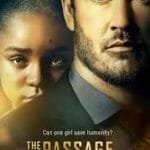