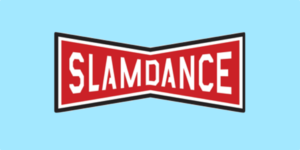 The Two Gay Geeks received the following press release from our friends at Big Time PR.

Patricia Chica, who is out International Correspondent and Talent Relations Representative was present at Slamdance this year. We will have more coverage on that at a later date.

PARK CITY, UTAH (January 31, 2019) – The 25th Slamdance Film Festival today announced the winners of their annual Sparky Awards in Audience, Jury, and Sponsored categories. The festival also announced the recipients of their Russo Brothers Fellowship, the CreativeFuture Innovation Award, and a curated Acting Award. All winners were announced at a ceremony at the Treasure Mountain Inn in Park City, Utah on Thursday evening, January 31.

“Slamdance has helped launch many filmmakers that have gone on to change the face of entertainment,” said Slamdance co-founder Peter Baxter. “Our artist led community, including the support and mentorship of this year’s Founder’s Award recipient Steven Soderbergh and alumni Anthony and Joe Russo, continues to focus on the discovery and support of great new artists. We congratulate the winners and everyone at Slamdance who represent the authentic voice of independent artists and our cultural future.”

Juries of esteemed filmmakers and industry professionals determined the Slamdance Jury Awards, which are given to films and filmmakers in four categories: Narrative Features, Documentaries, Narrative Shorts, and Animated/Experimental Shorts.

This year’s Narrative Jury Prizes were selected by Frédéric Forestier, Shih-Ching Tsou, and Jeremiah Zagar, who awarded the Narrative Feature Grand Jury prize to Dollhouse: The Eradication of Female Subjectivity in American Popular Culture directed by Nicole Brending, with an Honorable Mention given to Cat Sticks directed by Ronny Sen.

About the section’s winning films, the jury stated: “Dollhouse wasn’t like any other film at the festival or any festival. It was outrageous, bold, hilarious. We’re also giving it the grand prize because we think it really embodies the spirit of the Slamdance. Cat Sticks is unbelievably gorgeous and has some of the most incredible poetic moments of any movies we’ve ever seen. We hope it finds a vein in American culture!”

“Good nonfiction films like any other stories need strong characters, a conflict, and a storyteller who understands that it is the way you tell the story that makes the story. All of the films in this year’s selection have the required ingredients,” stated the documentary jury. “The winning film, Kifaru, doesn’t just have technical, creative, and imaginative chops—which it does in spades—it has purpose. Both epic and intimate, the subject and subject matter is enormous, the characters strong, committed, and complicated individuals. It is a film packed with scenes you won’t forget, delivered as if you were there.”

The 2019 Narrative Shorts Jury Prize was selected by Andrew Hevia, Jeremy Yaches, and Gus Krieger, who gave their Grand Jury Prize to Woman In Stall, directed by Madeleine Sims-Fewer and Dusty Mancinelli. East of the River, directed by Hannah Peterson, was awarded the Honorable Mention.

This year’s Russo Brothers Fellowship was awarded to Hannah Peterson, director of East of the River. The $25,000 prize, presented by AGBO Films in partnership with the festival, is designed to enable a deserving filmmaker the opportunity to continue their journey with mentorship from Joe and Anthony as well as development support from their studio.

The 2019 CreativeFuture Innovation Award went to Bloeistraat 11, directed by Nienke Deutz. Slamdance and CreativeFuture have partnered for years to support new talent in the world of film and educate creatives on the importance of protecting their work. This award is given to an emerging filmmaker who exhibits the innovative spirit of filmmaking.

“Congratulations to Nienke Deutz for winning Slamdance’s CreativeFuture Innovation Award this year,” said CreativeFuture CEO Ruth Vitale. “Her film, Bloeistraat 11, exemplifies the innovative spirit of filmmaking by skillfully and soulfully telling a story through the expert use of animation. The award is well-deserved and we look forward to seeing more from Nienke.”

The Spirit of Slamdance Award, voted on by filmmakers and given to the filmmaker who best embodies the spirit of the Festival, went to Nicole Brending of Dollhouse: The Eradication of Female Subjectivity in American Popular Culture. The festival’s Outstanding Acting Award, which is curated by the Slamdance team, went to Siyabonga Majola from the film We Are Thankful. Honorable mentions were given to Aya Kitai from Demolition Girl and Lauren McCune of Ready for Love.

Slamdance’s 2019 feature competition lineup included 18 World, North American, and U.S. Premieres – including films from Argentina, Belarus, Brazil, Germany, India, Italy, Kenya, Poland, South Africa, the United Kingdom and the United States. In total, 11 narrative and 9 documentary features were showcased in competition. All competition films are feature length directorial debuts with budgets of less than $1 million USD, and without US distribution.

Siyabonga Majola (We Are Thankful)

Hannah Peterson, dir. of East of the River

By filmmakers, for filmmakers. Established in 1995 by a wild bunch of filmmakers who were tired of relying on a large, oblique system to showcase their work, Slamdance has proven, year after year, that when it comes to recognizing talent and launching careers, independent and grassroots communities can do it themselves.

The 2019 Slamdance Film Festival was presented by the Directors Guild of America and Blackmagic Design.