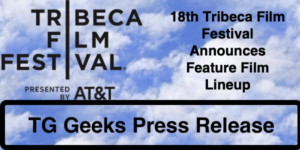 There is also a showing of Spinal Tap for the 35th anniversary of the mockumentary. 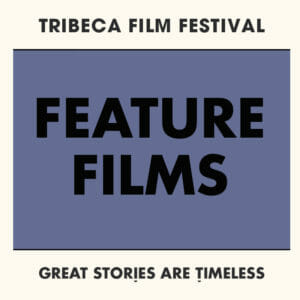 “Our goal each year is to strike a balance between discovering new talent and showcasing new projects by notable filmmakers and storytellers. At Tribeca, we believe in amplifying fresh voices as well as celebrating the continued success of artists in the industry,” said Paula Weinstein, Executive Vice President of Tribeca Enterprises. “The art of filmmaking is displayed across the program in both narrative and documentary films.”

“Every festival is shaped by and reflective of its community, and we are fortunate that our hometown just happens to be the most diverse city on Earth. So our curatorial mandate is to bring to the screens a cinematic celebration- in only 100 features- whose breadth of stories and storytellers is as prismatic and adventurous, local and global, diverse and inclusive as our incredible city,” said Festival Director Cara Cusumano.

“There are many factors we consider each year when selecting films for the Festival program,” said Frédéric Boyer, Artistic Director. “We look at styles, approaches, tones, perspectives; we examine storylines and character development; we search for uniqueness and untold stories. Most importantly, we also pay attention to what stirs emotions, sparks inspiration and makes us think. It’s an exciting process for us, and we look forward to sharing this year’s original films with audiences.”

Tribeca will introduce Tribeca Critics’ Week, the first for a North American film festival, a section with a slate of 5 feature films curated by New York-based film critics.

Special for this year is the curated section ‘This Used To Be New York,’ reflecting quintessential New York cultural eras that shaped and have come to define the city today. 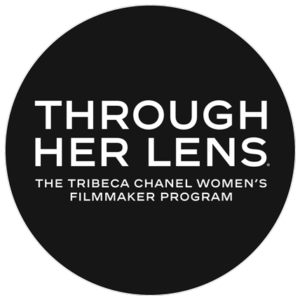 The films in competition will compete for cash prizes totaling $165,000, as well as artwork from the Art Awards program, offering work from acclaimed contemporary artists in select categories. For the 7th year, the Nora Ephron Award, presented by CHANEL, will award $25,000 to the female filmmaker in this year’s program who embodies the spirit and boldness of the late filmmaker. 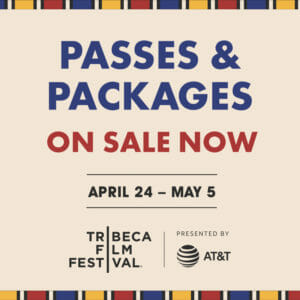 The Tribeca Film Festival, presented by AT&T, brings visionaries and diverse audiences together to celebrate storytelling in all its forms, including film, TV, VR, gaming, music, and online work. With strong roots in independent film, Tribeca is a platform for creative expression and immersive entertainment. The Festival champions emerging and established voices; discovers award-winning filmmakers and creators; curates innovative experiences; and introduces new technology and ideas through premieres, exhibitions, talks, and live performances.

The Festival was founded by Robert De Niro, Jane Rosenthal, and Craig Hatkoff in 2001 to spur the economic and cultural revitalization of lower Manhattan following the attacks on the World Trade Center. Now in its 18th year, the Festival has evolved into a destination for creativity that reimagines the cinematic experience and explores how art can unite communities. The 18th annual edition will take place April 24 – May 5, 2019. www.tribecafilm.com/festival

This is Spinal Tap 35th Anniversary 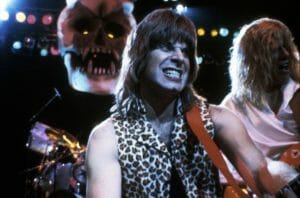