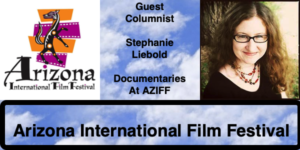 The Two Gay Geeks have a Guest Columnist this time writing about the 2018 Arizona International Film Festival.

Stephanie emailed me and wanted to know if I was interested in her coverage of the festival and, of course, I said I was.

So, here is her coverage of seven documentary subjects she screened at the festival in Tucson in 2018. 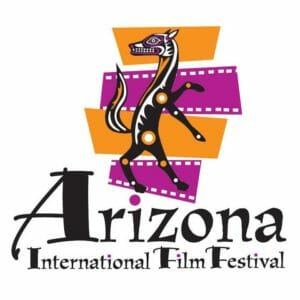 Last year, my husband Phillip and I drove in from Phoenix on a Sunday morning to catch a bit of the festival before returning home that Monday night. Even with just a quick overnight trip, we saw so many great films!

Here are some of the documentaries we screened at AZIFF. 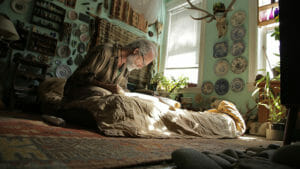 Synopsis:
Scott Jordan explains how, when he moved to New York, he found kids digging under a tunnel and learned the city contained buried treasure in the form of long-ago discarded artifacts preserved – often down to the bottle labels – inside covered cisterns.

The Artifact Artist shows us how, over the years, Scott has not only collected antiques but also fellow digging and pottery enthusiasts, who help him excavate these gems from the past like a team of rogue archaeologists. Instead of being smashed by development, hidden bits of history are brought back to life in Scott’s artwork and educational presentations.

The film opened up a world that I had no idea was right under our noses. If you get the chance, I recommend digging into this treasure of a doc! 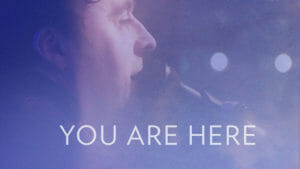 Synopsis:
While not every rock star knows how to help birth a calf, it’s part of a regular day for Tony Rogers.

You Are Here begins at the farm that has been in his family since the 1500s. It’s a way of life he wants to preserve.

While it’s a lot of work, it’s not how he makes his living. His main gig is as a keyboardist for the band The Charlatans.

Even watching the shift between the warm, bucolic tones of scenes on the farm to the steely blues and grays of rehearsal and concert footage is a jarring contrast, yet Tony seems to move effortlessly between the two worlds.

“I’m not really a farmer,” he insists. “I’m a musician that likes to keep animals.” 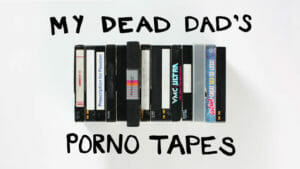 It’s about what we leave behind. Or, perhaps more accurately, what we do with the things our parents leave us – both the material and emotional stuff we inherit.

As potentially heavy or boring as that may sound, the film is actually lighthearted, touching, and completely riveting.

Director Charlie Tyrell brings us along on his quest to understand his late father through the objects he left behind (which, yes, also happened to include a collection of adult movies on VHS). Charlie brilliantly weaves his story together using family photos, voice recordings, home video, and mesmerizing stop motion animation. 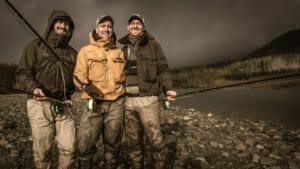 Synopsis:
Timothy Burke reminisces about his close relationship with his brothers. Growing up, the three of them would escape to a nearby creek to find refuge from trouble at home. The bond they formed continues to this day – and so do their fishing trips.

Timothy narrates his story over beautiful, sepia-tinged footage of the now grown-up trio fly fishing in the Pacific Northwest. At times, he may go a little overboard with the inspirational musings, riding the line between touching and cheesy. It’s such a sweet story, though, that I’m willing to cut them some slack. 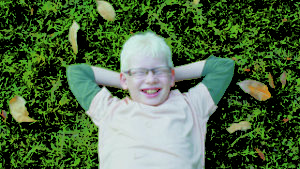 Synopsis:
This delightful doc is about the daily life and challenges of three endearing and resilient albino siblings born into a black family in Brazil. It follows the youngest, Kauan, through the colorfully-painted streets of their town of Olinda. As different as he may seem at first glance, the film shows you how he’s really a typical 11-year-old. He says funny things, annoys his sisters, plays video games, and gets into trouble.

Kauan and his family meet the challenges of living with albinism in a tropical climate with love, a sense of humor, and a lot of sunscreen. 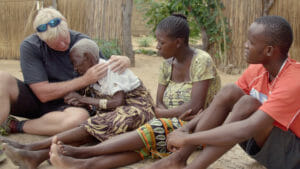 Synopsis:
Berrie Holtzhausen is an Afrikaner pastor who has made it his mission to help people in his home country of Namibia who are labeled “witches,” because they exhibit signs of dementia.

While this is an important issue, the film makes cringey generalizations about the communities Berrie collectively refers to as “Black Africa” and embraces his Messiah-complex view that they need to be freed by him (or people like him). This well-intentioned colonialism ignores the fact that superstition, elder abuse, and mental illness stigma are worldwide problems not limited to a particular region or religion. 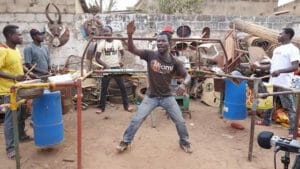 Synopsis:
Since the 2014 uprising in the West African country of Burkina Faso, there has been a cultural renaissance, as people rediscover and reimagine traditional art forms like music, mask-making, dance, Tiebele architecture and painting, and singing in their own language.

Even without subtitles (there was a glitch in the screening we attended), it was uplifting and inspiring to see people throwing themselves into these creative pursuits they wouldn’t have been able to explore before.

I hope you get a chance to see this film, and I plan to watch it again.

The 2019 Arizona International Film Festival will be held April 10-29 at The Screening Room and other venues in Downtown Tucson, Arizona.