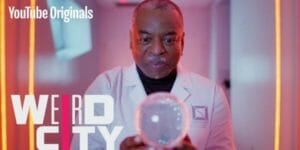 In a not so distant future, in a city not unlike your own, society has divided itself in two. The Haves live Above The Line, the Have-Nots, Below. Like, literally, they built a barrier between themselves called “The Line.”

Hovering above this major metropolis we see a city split in two where they appear to be as different as night and day. One part looks completely run down, but there is the gleaming, shiny and pretty city. Wonder what it’s like to live there? 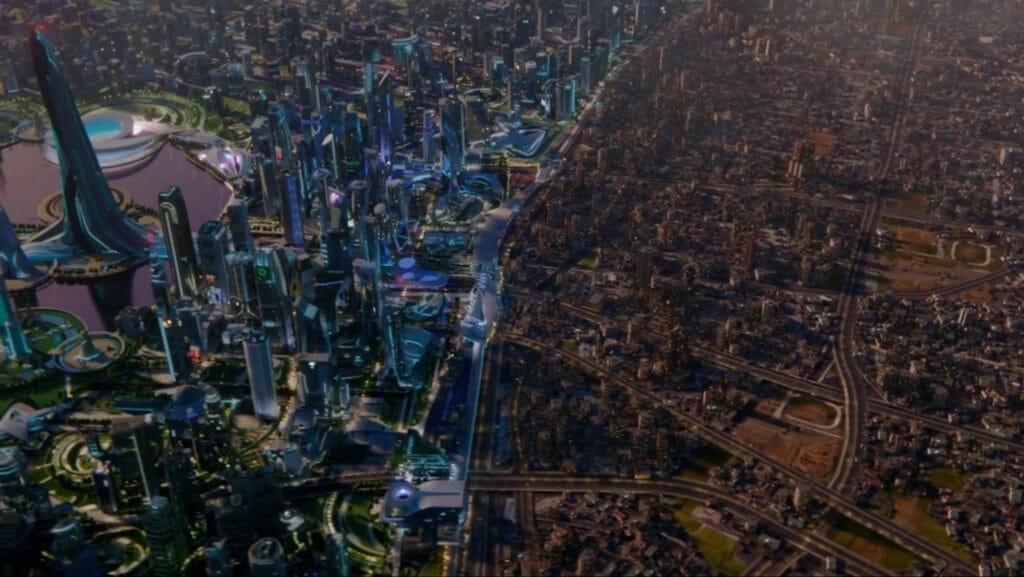 Life here is carefully regulated, and one such way is in how people get their life-partners. If you live above the line then you’re assigned a partner at birth, but if you live below the line you then have to date, even if you’re economic situation improves to the point where you can move above the line. Stu is one such person. He was born and grew up below the line, but because of an app that his mother invented they were able to move above the line. This means he has to date, but unfortunately he isn’t very successful. That’s when he learns of a relationship matching service, so he checks it out. Later his “one that’s the one” shows up and it’s another man named Burt, and he’s old enough to be Stu’s father. They’re about to call it all off as a mistake when they realize they actually have quite a lot in common. They have so much in common that end up falling in love and getting married. One year later they have a visitor from the agency “The One That’s The One” and they are informed by Dr. Negari who runs the agency that they must separate in order to maintain the social order Above The Line.

Tawny is lonely. He wants a group of people around him that he can call “his family.” Unfortunately he doesn’t fit in. He tries to integrate himself in with a support group for addicts of Pomegranate Electrolyte Juice, but gets kicked out when it’s discovered that he can’t drink the juice because he hates the flavor of it. He even gets fired from his own job making him totally alone. Forget the fact that he actually has a family, but he doesn’t want anything to do with them because he doesn’t feel accepted by them. That is when he discovers ShapeCult Gym and is drawn to them because he overhears that everyone who works out there is treated as a member of one big family. With what little money he still has he joins the gym and becomes so obsessed with his need for approval that over time he finds himself at odds with his gym trainer, to the point where even she is starting to feel a bit threatened at possibly being replaced.

Rayna lives below the line, and her family is so poor that they can’t afford to send her to college. However, because of her high academic scores she has been granted what is basically a free ride to a university above the line. She is forced to say goodbye to her family and her friends, but this is the better life that her family had wanted for her. While at school she does make some new friends, and one night she finally gets to go on a date, only it doesn’t quite end up going as planned. Apparently dating rituals are different above the line. For example, Rayna learns that people don’t have sex, but they sext. So after a few lines of bogus sexting (the guy she dated texted her a message to take her clothes off, she says she did but in reality did not, etc.). It’s then followed up with a bunch of emojis meant to describe the act of sex. Following a night of very peculiar dreams she starts to receive unusual text messages comprising of food items, and then she craves the food. Upon going to the doctor she realizes that she’s pregnant with a whole new form of life that has been digitally created; an Emoji Baby. According to Dr. Negari (see The One) this is the first step to where society will eventually no longer require any physical intimacy at all.

This series is crazy, but considering that the writers are Charlie Sanders and Jordan Peele it really is no wonder. It has been compared to Twilight Zone, but given its overall tone I would say it’s more in line with some of the offbeat Night Gallery. The stories do try to have some sort of moral, meaning, and message to them, but done with a quirky look. The One was a very interesting take on relationship matching services, but to take the two primary characters who are initially straight, and then giving them a gay relationship does at first seem to take the message to the extreme. And yet, what makes this fun is that Stu is played by the charmingly cute Dylan O’Brien and Burt is the always gruff Ed O’Neill. O’Brien has always been adored by members of the LGBTQ community (despite being straight), and O’Neill is the last person anyone would ever dream of casting as a potentially gay character, and yet these two have wonderful chemistry that tells us that true love cannot be found in science. It’s either there or it isn’t, despite what the science says. 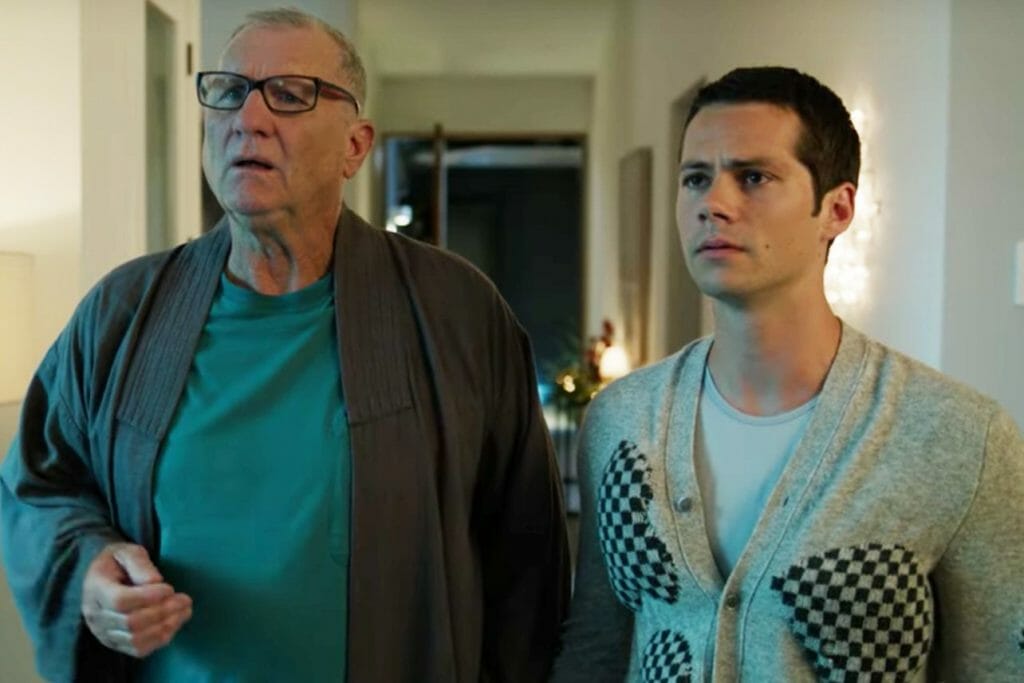 A Family is probably the weirdest one of them all. This episode is more of an examination of what happens when a person with a psychotic obsession for approval doesn’t get the type of counseling help that is needed. There are other elements in the episode that make this one unusual, starting with this one doesn’t have any dealing with Below The Line. Everything here is Above The Line. Also, this episode starts to dip its toe in the horror waters, first being a psychological horror given Tawny (freakishly played by Michael Cera) and the lunatic ideas he has, which also includes breeding a special type of worm that can make soil better for growing pomegranates for the Electrolyte Juice. By the time this episode ends it takes a page out of several B horror movies, which left me slightly unsettled. 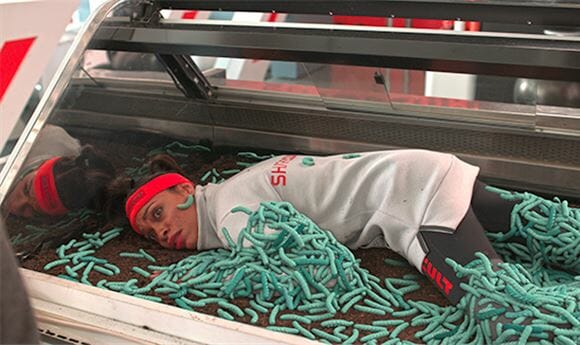 The last episode is pure sci-fi, but very fantastical in its details. The idea of de-humanizing people goes back to The One, which is interesting because we see the return of Dr. Negari (slightly comically played by LeVar Burton), as well as a callback to several storytelling gags from that same episode. It also gives a callback to the worms in helping to create a better brand of Pomegranate Electrolyte Wine, which shows that there is some world building going on here with the episodes, and not just a collection fo stand-alone stories taking place in the same setting.

By the end of the third episode it was clear that Sanders and Peele are working towards something. With only a six episode series on YouTube it’s safe to say that they’ll work towards it quickly, but even if they don’t what they have done here is created something that is so quirky it would be a shame to not try to build on what they have started.

Weird City receives 4 out of 5 Emoji Babies for being slightly uneven, but highly entertaining!