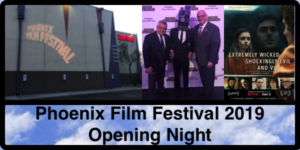 There is an event that we here at TG2 Studios look forward to and that is the Phoenix Film Festival. The event has grown over the years since its humble beginnings and has become one of the hottest film festivals in the world! This year’s festival will help to maintain that status as they boast a total of 303 films, both short subject and feature length, as part of this year’s event and tonight was opening night.
We were donors again this year, but when it came to getting tickets for the opening night party we found ourselves a bit late to the game and the event had sold out. Lucky for us we had become acquainted with a gentleman named Slobodan Popovic through an opera dinner we had attended, and he works with the film festival. When he learned that we would not be attending the party he made it possible for our names to appear on the guest list, so before I go any further I would like to say, on behalf of the Two Gay Geeks, how thankful we are to Slobodan for making this night possible for us.
After getting our swag bag for this event we made our way to the party tent behind the Harkins Theater in Scottsdale, and what a party! There were some valuable movie collectibles that were raffle prizes (movie posters with autographs, etc.), and a good amount of photographic opportunities, including one with “camera head,” who is sort of the mascot for this festival. However the real treat was the food as there were a number of restaurants in the area that were represented at this party and each one of them providing small samples of some of their menu items. This allowed for a good amount of “grazing” as we sampled a variety of different food items with each one of them being incredibly delicious. There was music entertainment as well, but this was more of an opportunity for filmmakers to connect with one another. However, the real treat came after the party.

Since this was opening night the festival decided to treat everyone in attendance with a truly compelling docudrama / biopic called Extremely Wicked, Shockingly Evil, and Vile by documentarian turned scripted feature director Joe Berlinger, and it is about Ted Bundy. However, Berlinger did something unique here, and the first is the casting of Zac Efron as Ted Bundy. Efron has been something of a heartthrob for a number of years and there was some concern as to whether or not he could take on a role of this type, but Efron pulled it off! He delivered a performance that pretty much had everyone talking. Second, this could have turned into another horror / slasher film, but instead Berlinger made a movie that was more about the people who knew Bundy and focused on them. Now we no longer have a movie that glorifies in violence, but instead deals with the reactions of those characters that interacted with Bundy, starting off with a woman named Liz who fell head over heels in love with him. The movie never had to resort to any excessive scenes of violence, but instead chose to show how people reacted to the crimes that Bundy had been accused of. The movie also focused on how chillingly charming Bundy could be, which added some innate sense of uncertainty as to whether or not this man could have killed the people he was accused of. Once again, the acting performance of Efron was nothing short of brilliant and the reception in the almost full Cine Capri was extremely warm and enthusiastic towards Berlinger’s first scripted feature in over 20 years.

After the film ended Berlinger himself came to the front of the theater and was interviewed by Jeff Mitchell of the Phoenix Film Society where a variety of topics were covered, including the almost coincidental timing between the upcoming release on Netflix of this movie, to the recent release of his documentary Conversations with a Killer: The Ted Bundy Tapes that is available on Netflix. After that conversation members of the audience were invited to bring their own questions to Berlinger that ranged from any directorial challenges he may have faced when doing this movie, to the after movie credit panel of Bundy’s known murder victims. It was a great opportunity for the members of the audience to better understand Berlinger’s process in making this well received movie. 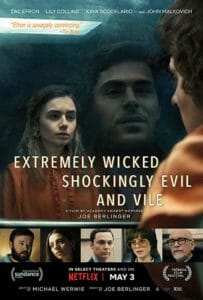 After the Q & A with Berlinger the theater cleared out as that was the only movie showing for tonight’s Opening Night Party, but given the power of this first feature length film it’s a safe bet that this year’s slate of short and full length films will entertain, they will create conversation, and they will inspire. Then again, isn’t that what a film festival of this nature is supposed to do? 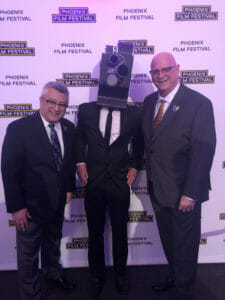