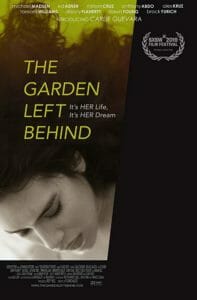 As part of our coverage of the Phoenix Film Festival I’m taking a look at the independent feature length film The Garden Left Behind, which is part of the “Unified By Film” block at the festival.

Antonio is a young man living and working in New York City. He drives a taxi service (similar to Lyft or Über), has a boyfriend, and lives with his grandmother. They are both undocumented immigrants from Mexico and they are trying to build a good life for themselves. Antonio is also undergoing the process to transition from male to female and prefers to go by the name Tina, and even though Tina has not undergone the actual surgery procedure and is still biologically male, out of respect I will now refer to her as “she.”

When we meet her she is starting to go through all of the necessary steps that are required to be met prior to undergoing the transitional surgery. She is also starting to become politically active because a friend, who is also transgendered, is killed while in police custody. Throughout all of this she is struggling to come up with the money to pay for the procedures, which is proving to be difficult given her undocumented status, and she is providing the financial stability so that she and her grandmother can live comfortably in their small apartment.

However living in the Bronx is a difficult thing to do. Despite the growing community of transgendered people, it is still a very dangerous place where bias, and even hatred, still roams the streets. Young punks who are her age verbally taunt her whenever they see her and the threat of violence lurks everywhere. In spite of these challenges, Tina is determined to make this correction in her life and hopefully find the happiness she desperately desires.

Despite an apparent change in the overall social climate where acceptance towards the LGBTQ community is growing, one of the things that this film shows is the hatred that still exists in some inner cities. Writers Flavio Alves (who also served as director) and John Rotondo have crafted a very honest, and at times ugly story where far too many people in the transgendered community have become victims to savage violence and death, but more than that, they have put a spotlight on the challenges that those who suffer from gender dysphoria have to deal with. It’s not just the procedures that they are required to go through, but it also shows the distress that they experience where the gender they are born with does not match with that in which they identify with. The film also takes a look at homophobia in a couple of ways. First there is Tina’s boyfriend, Jason (Alex Kruz), who seems to be fine in dating and even sleeping with Tina as she currently is, meaning he enjoys having sex with a young pre-operative man. However, despite feelings of love that Tina may be carrying for Jason, his reaction towards the procedure is simply disturbing, which unfortunately casts an honest light on how the LGBTQ community isn’t as unified as it should be. Then there is also another young man who appears to have an interest in Tina, but is surrounded by friends who delight in teasing others who have transitioned, and by also tossing around the word “faggot” in a manner that is clearly insulting and demeaning. Because of this self-loathing we see what happens to this young man as he becomes involved in an act that can only be described as shocking.

There are many wonderful performances from big name actors such as Michael Madsen as a bartender named Kevin, as well as Ed Asner who plays Dr. Cleary, but the real jewels here are Miriam Cruz as Tina’s grandmother and Carlie Guevara as Tina. Cruz as grandmother Eliana plays her with such wonderful warmth and love. Despite being a Catholic, she appears to be extremely accepting of “Antonio” (she only refers to Tina as Antonio and as male). When Tina’s birthday comes around she invites Tina’s three closest friends (all male to female transgendered) and the party is filled with nothing but love and acceptance. Eliana even has a beautiful conversation with one friend, Amanda (Ivana Black), which shows her unconditional love for her grandchild, even if her grandchild wishes to be known as Tina. Eliana is the type of grandmother that all of us should have.

As Tina, Guevara taps into that distress that so many with gender dysphoria are forced to endure, and she does it with a remarkable sense of honesty and truth. Regardless of where Tina is at on her journey, Guevara’s performance is so good that you forget you’re watching a scripted film and start to think that this a documentary. Even when Tina receives some tragic news that jeopardizes all that she has fought for, Guevara’s delivery in that scene is so powerful that I found myself wanting to crawl into the movie screen to provide comfort for her. 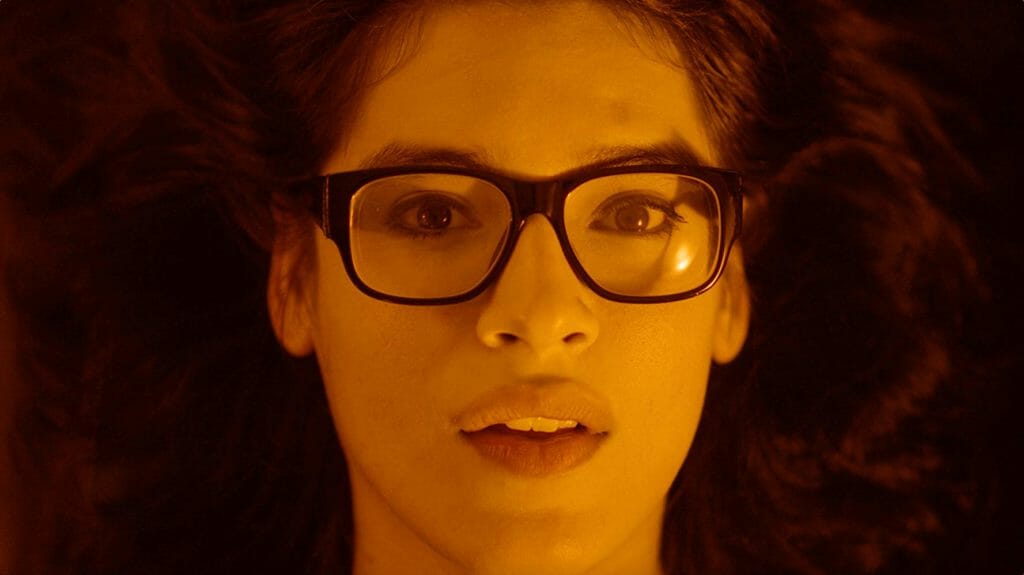 The sheer intensity of this film has left me feeling shaken and emotionally raw. It touches on some very timely social issues, and how 2018 set a record for the disturbingly high counts of violence committed against transgendered women. The production values are simple allowing for the audience to immerse themselves in both the story and the characters. Because of the power of this film director Alves ended up winning the Audiences’ Award at SXSW, and after seeing this for myself I can certainly agree with that decision.

The Garden Left Behind is simply a masterpiece of storytelling and acting. It is beautiful, it is enlightening, and it is horrifying. Everyone should be required to watch this film.

I give The Garden Left Behind 5 out of 5 stars.