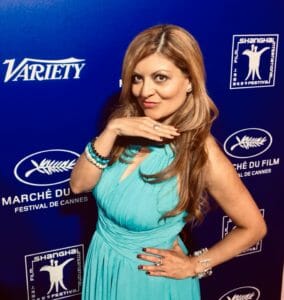 The Two Gay Geeks are very excited to have our good friend and colleague, Patricia Chica onsite at the Festival de Cannes this year. Patricia is accompanying the makers of the short film “Jumper” which will be premiered at The American Pavilion as part of the Emerging Filmmakers Showcase.

Patricia is our International Correspondents bringing us news from around the world. She also serves as part of our Talent Relations Department where she will be discovering opportunities for guests on our webcast and features for the website. Patricia is an accomplished filmmaker in her own right and her work has been presented and/or awarded at over 300 international film festivals, theatres, art centers, universities and on television around the world.

Thank you, Patricia for putting us in contact with the filmmakers.

We were very fortunate to speak with Ayman Samman and Rasha Mohamed before they left for Cannes about their journey to making this film. 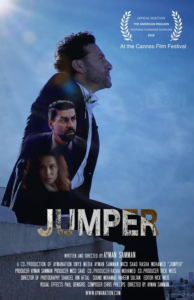 Here is the interview segment we recorded:

You may stream it directly from here (depending on your internet connection) or you may download it and listen at your convenience.

Jumper follows a distressed crisis negotiator (Ayman Samman) who attempts to rescue – off the ledge – a young man (Mico Saad) who questions his sexual identity. Although the film tells the struggles of Middle Eastern LGBTQ individuals, its message of acceptance transcends cultural boundaries, and makes it undeniably universal.

The American Pavilion at the 71st Festival de Cannes has included in the selection of their annual Emerging Filmmaker Showcase the bold dramatic short film Jumper, by Egyptian-American actor-director Ayman Samman. In this powerful yet intimate 11-min film, the subjects of sexual identity and suicide are trapped in a vertiginous dilemma between morality and choice, following tradition or following your heart. The short cautionary tale aims to spark a much-needed dialogue in the Middle Eastern community, while featuring dimensional, non-stereotypical characters from that group. 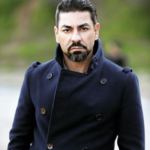 “I wanted to tell a story that features Middle Eastern characters with experiences that are rarely discussed in our culture because they are still taboo. I believe that hiding any part of who you truly are is not beneficial for the collective of humanity,” says writer and director Ayman Samman, who is making his directorial debut with Jumper. “As humans, when we see that there are others who face the same challenges, we no longer feel alone. I believe films and stories can help us heal or serve as a catalyst in someone’s healing,” he adds.

Samman, who acted in American Sniper, Scandal, The Looming Tower, Madam Secretary, and other large-scale productions, wanted to create his own films which are void of the on-screen stereotypical Arab characters and create opportunities for Middle Eastern performers to be in those projects.

“I have been exposed to many Network TV scripts by major and smaller studios that feature us as refugees, terrorists or dictators. And women are shown as weak and oppressed. It’s time that we correct that,” concludes Samman. 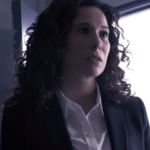 Jumper co-star and co-producer Rasha Mohamed, who is also Egyptian-American, plays a senior FBI Officer. “It is rare that you find Middle Eastern actresses in a production that is not associated with acts of terror or war,” she reiterates. “That, and the fact that the story exposes topics that are silenced in my own community, is priceless, because these are the stories I’m passionate about,” she concludes.

To find out more:

About The American Pavilion

The American Pavilion, celebrating its 31st year as the epicenter of American hospitality and communication at the Cannes International Film Festival, brings together both professional and emerging filmmakers along with industry executives from across the globe. A much sought-after destination for information, orientation, and recreation, it accommodates the needs of its members, guests and sponsors in a dynamic business environment. With its impressive array of amenities and services, AmPav provides an opportunity to relax in very comfortable surroundings.

The American Pavilion boasts the In Conversation and Industry in Focus both which take place in the Roger Ebert Conference Center, which offer insightful and provocative panel discussions and in-conversations with filmmakers, talent and top leaders; a restaurant and bar that provide fast service with a smile throughout the day and is open to all festival badge holders after 6:00pm most evenings; a coffee bar; free WiFi and charging stations; a media terrace with a panoramic view of the Riviera; the Emerging Filmmaker Showcase; the Culinary Program featuring chefs from across the US and Canada; The American Pavilion Worldwide Student Program; and public and private rental for parties and receptions.

About the Emerging Filmmakers Showcase

Since 1989, The American Pavilion has offered opportunities in Cannes to film students from around the world. The 2019 Emerging Filmmaker Showcase will provide an opportunity for emerging filmmakers to have their works seen by Cannes Festival and Film Market attendees. Prizes will be awarded to filmmakers and the top twenty-nine films will be screened in a special “Emerging Filmmaker” showcase at The American Pavilion in Cannes.