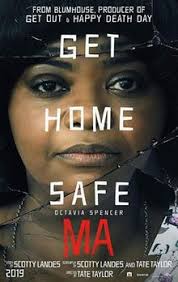 I love Octavia Spencer. She is truly an incredible actress and I was excited to see her starring in this psychological horror film. The trailers creepy and my husband was truly excited to see this film. While the acting is perfectly performed by all the cast, the story is never fully developed and the psychological factors never make sense. It didn’t scare me at all and ultimately needed to ratchet up the tension and develop the fear factor a lot more.

Written by Scott Landes and directed by Tate Taylor, “Ma” begins with teenager Maggie (Diana Silvers). Her mother, Erica, (Juliette Lewis) is divorced and they’re starting over in her mother’s home town. Maggie begins school and quickly makes friends with the cool crowd, Haley (McKaley Miller), Chaz (Gianni Paolo), Andy (Corey Fogelmanis), and Darrell (Dante Brown). They invite her out to party but the group needs alcohol. They ask several adults and finally, Sue Anne agrees to help them, but only if they promise not to drink and drive. Sue Anne checks out the kids and then invites them back to her place, promising them a safe place to party but only if they follow one rule, never come upstairs. But her hospitality curdles as she follows the group of children obsessively and what began as the best place in town quickly becomes the worst place. 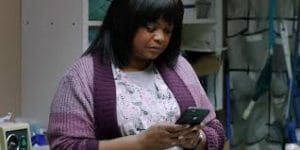 In the beginning, we get signs of Sue Ann’s obsession immediately as she looks up the students. We learn that she was harassed and bullied in high school, sexually assaulted through the use of flashbacks. Her behavior is creepy and we get subtle messages of a disparity between her actions and her true motivations. We soon learn that Sue Ann knows Maggie’s mother from high school and had a crush on Andy’s father, Ben (Luke Evans). It is suggested that the events in high school trigger her behavior and obsession toward the group of children and it is not long before the killing begins.

The best element of the film is Octavia Spencer. Her acting is incredible and her subtle emotional portrayal of Sue Ann is what makes the film work. She is creepy, weird, and disturbing, her behavior with the group of teens twisted and completely wrong. She truly develops the beginning of the film into one where you want to be scared of her. Not only is her performance amazing but so is the other actors in the film, especially Diana Silvers playing Maggie. She portrays Maggie as smart but caught up with the cool crowd which leads her to bad choices, like hanging out with Ma. I also loved Juliette Lewis and Luke Evans. Their acting helped make the film more interesting.

There are some interesting parts of the film that deal with racial inequality and stereotypes. At one point, Ma (Sue Ann) paints the face of Darrell, the other black person in the film, white, a commentary on blackface and referencing skits from the past. Her behavior toward the teens, accommodating and trying to fit in, is a reference both to her desire to be welcomed but also on how black people were treated in the South, relegated to the basement or kept out of sight. She turns the tables and treats the teenagers how black people were treated.

The issue is that beyond that commentary, the story never fully develops. The writers can’t seem to decide which direction to take, social commentary or psychological horror and the film suffers for that lack of direction. There is not enough sinister or scary moments in the film to truly develop the horror elements. We are introduced to Sue Ann’s daughter but we never get the connection she has to the past or what her part in the film is. One of the biggest factors in a horror film is the breaking of rules. The teenagers break the rule of going upstairs but there is never a payoff or consequence for them breaking the rules. And the teenagers’ actions were less believable than even a slasher film.

Even the obsessive behavior by Sue Ann doesn’t completely make sense. It is suggested that twenty years have passed since high school. Most people would have snapped sooner or not have held onto that anger and resentment over that length of time. We also don’t see that the other adults recognize Sue Ann, not realizing that they know her from high school until much further into the movie. In addition, the pacing goes from creepy and slowly tightening the tension to jumping right into Sue Ann killing people, with the break in her personality never quite connecting the dots to her behavior. Even how she kills one of the adults isn’t clear why she acted the way she did.

While I wanted to like this film, I was disappointed. There were zero fear factors and most of the psychological elements were either not clear or just didn’t make sense. I’m easy to scare and I wasn’t frightened at all. I appreciated the attempt at creepy, obsessive and loved Octavia Spencer’s acting as well as the other actors in the movie. The performances of Luke Evans, Juliette Lewis, and Diana Silvers were all quite good but didn’t make up for the lack of story development. Sadly, if I had a choice, I’d give this film a pass. 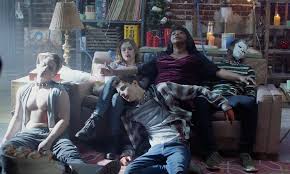