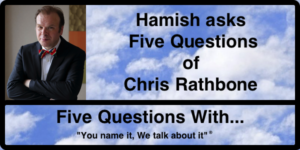 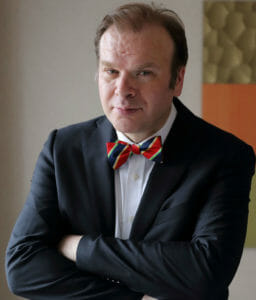 TGG: Thanks for agreeing to this interview today. Could you introduce yourself to our readers?

CR: I’m Canadian and I grew up in Athabasca, Fort McMurray and Saskatoon. I went the University of Saskatchewan (B.A. and J.D.). I have spent 25 years in Japan in Matsumoto, Nikko, Karuizawa, Sapporo, Kobe and Tokyo among other places. Since completing a Master’s degree in law (LL.M.) at Hokkaido University in 2000 I have worked in Tokyo as a legal translator and lawyer.

TGG: Chris is an executive producer of previous interviewee Darryl Wharton-Rigby’s film “Stay”. Could you tell us about “Stay” and your involvement in the film?

CR: Stay was shot in 2014 and I was not involved in the production, but I have been very involved in the post-production which has been a tough but rewarding experience with Stay having just received its tenth festival laurel. I came on board in 2015 when I did some legal work with the film and stayed in touch with the director and writer, Darryl Wharton Rigby. He approached me to invest in the film and become a producer when the film was accepted for the Urbanworld Film Festival in New York in 2017. Since then I have been representing the film and trying to get to the goal line of commercial release. We have an international distribution deal but we are still looking for a distributor in Japan.

I got involved with Stay because it is one of the rare films to really show what it is like to live in Tokyo and also has a cool story about love and addiction and I think the taboo around recovery from addiction in Japan needs to be changed. I was greatly honored to represent Stay at the Dances with Film Festival in Los Angeles in 2018.

CR: Producing an independent film involves getting over some many hurdles, so a filmmaker has to have a great belief in and passion for the story and subject matter.

TGG: You’re also a Tobacco Control Advocate. How did you get into that, and what are the issues that face Japan?

CR: I was a smoker for many years before I quit and I first came to consider the problem of tobacco when I went to Cambodia in 2015. Cambodia is ranked among the top countries in the world for passive smoking protection by the World Health Organization and I was surprised that unlike Japan I was not bothered by smoking in Cambodia. I began to research and write on the topic and then in 2017 I organized the group, Smoke Free 2020 Tokyo Olympics on Linkedin, Facebook and Twitter.

As a result of the government involvement in the tobacco industry through Japan Tobacco, Japan has one of the worst records on tobacco control and the result is a heavy burden for health and the environment.

TGG: Finally, can you let us know how we can best support you?

TGG: Thanks for agreeing to be interviewed. I’m really looking forward to seeing “Stay” released soon! 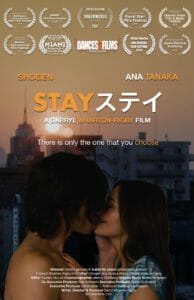