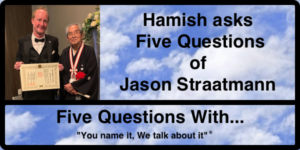 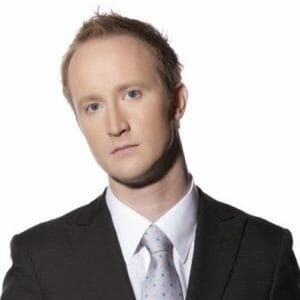 TGG: Could you please introduce yourself to our readers?

JS: I am a US American actor based in Tokyo with work in a variety of Asian markets. The term “award winning” is tossed around lightly nowadays (award-mill film fests) but my greatest honor was to be the first American to receive the Prince Higashi-Kuninomiya Memorial Award for my work to integrate the entertainment industry of Japan. Besides work in the entertainment industry I am an academic and hold several graduate degrees ranging from Sociology to Business, and Engineering (specifically sustainable energy production and storage). I am also an electronics geek and hold the highest class Amateur radio license. My aim is to become a modern day Renaissance Man with a deep knowledge of all arts and sciences. 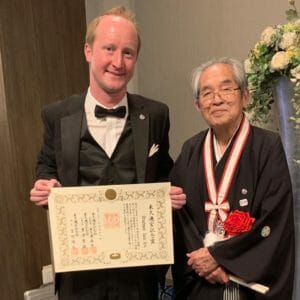 TGG: Could you share with us some of your acting work?

JS: My favorites are always jobs I do with friends, so Bobby Ologun’s feature film Japan Love tops the list. Some of the coolest were roles in Ataru (drama and movie), Shomuni 2013, Rich Man Poor Woman, countless saigen dramas’s, and playing Edward Snowden in the first documentary about his life. As for TVCM I recently appeared as main talent in P&G Joy (5 in series), Honda China, Nikkei news, Sega Toys, Anpanman, and CCP helicopter toy TVCM. For many I am best known as the main researcher in the Meiji Bulgaria yogurt commercial series (7 years running).

TGG: Could you tell us about your book, “Acting in Japan: A Foreigner’s Guide”? What’s the biggest difference between acting in Japan and in Hollywood?

JS: The origins of our book (Co-Authored with Mr Kai Patrick) is interesting. I was managing a friend out from Hollywood and since the industry in Japan is so different than Hollywood I set out to teach her all about it. It was her who suggested I write a guidebook for other foreigners who wanted to act in Japan. I put together a bunch of materials and my good buddy Kai Patrick kindly contributed some materials used in his Hollywood book. With that the book was born! A simple and practical guide to getting jobs and growing respect in the industry!

As for the biggest differences, there is much less emphasis on acting skills, using certain methods, or your union status. The most important things are cultural skills and trustworthiness. You need to be seen as easy to work with, adaptable, and willing to follow instructions without offering alternative ideas. Overacting skills are a big plus!

TGG: What are you working on now?

JS: As you know our industry is a secretive one, so pardon the generalities. One big project right now is a Korean feature film that is shooting both in Japan and internationally, I probably can say more about it in November 2019. My other big project is writing a memorial biography about the aforementioned talent I managed: Chyna in Japan; The Untold Stories. Yes, Chyna formally of the WWE, Third Rock from the Sun, and Playboy magazine. I am working with friends in Hollywood to tell her actual story, her kindness and love, instead of Chyna the WWE character… She was an absolutely amazing person and is deeply missed by her friends!

TGG: How exciting! I’m sure Ben and Keith will want to interview you about that! Finally, how can we best support you? (join your groups, follow you on social media, buy your book etc)

JS: Of course Kai Patrick and I would be grateful to anyone wanting to buy our book, it is available on Amazon at the following link: