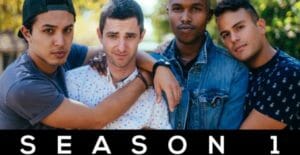 Nate is going through an emotional crisis. His boyfriend, Joey, has broken up with him, but Nate has no idea on how to move on. He’s incapable of finding closure and is obsessed with what his ex is doing. He’s a good looking and nice guy, but he’s completely neurotic, and even when his best friend confesses his true feelings while in a drunken stupor, Nate is unable to reciprocate those feelings, and he ultimately ends up pushing everyone away.

This is an original series on Dekkoo, and its format resembles a web series. Each episode is roughly 10 to 15 minutes long, and the narrative time shifts by using flashbacks to help flesh out the character development.

Each of the characters almost feels like stereotypes with their behavior towards one another. And yet by the time the first season ends (there are currently three seasons each with 8 episodes) there is an uncomfortable truth that emerges, and that is the need to find closure and move on, regardless of how that closure is achieved. Because each of these episodes is so short there is very little character development except for Nate and his best friend Jeff. The series revolves around these two with Nate trapped by his feelings for his ex Joey, and Jeff having to deal with unrequited love and settle only for friendship, which usually comes off as rather bitter and contentious. 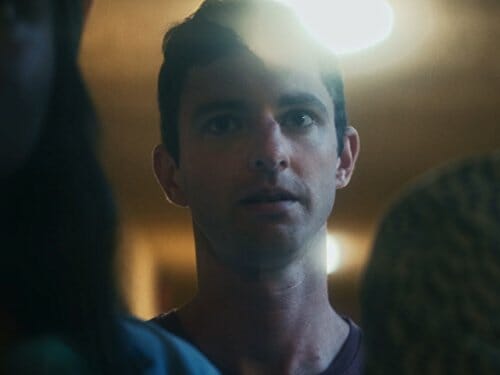 The primary cast for this series is quite strong. Starting off we have Nate as played by Perry Powell. He doesn’t have the biggest catalog of work, but looking at him here you wouldn’t know it. He pulls you into his neurotic mind with his solid acting, and just because Nate is written as neurotic it still allows for a wide range of emotions at play here. From laughing to sad, from anxious to angry, Powell does an admirable job at being to give us a character who jumps through all of these emotions, and yet still does it believably without having him resort completely to only being a caricature.

On the other side is Lee Doud as Jeff. He has a few more credits to his name including a stint on the series Californication. The role of Jeff is a difficult one. He has to convince the audience that he’s in love with Nate while still present some unpleasant behavior only because his feelings are not returned and he knows it. To portray a man who has to convert what romantic feelings he has into only that of friendship is a tricky thing to do, but Doud pulls it off and does so without alienating the audience. Instead, he comes off as a tragic character, but even then he does so without making Nate an unsympathetic character for the viewer. These are some very fine lines that both Powell and Doud have to walk to make their characters believable, and they both do so like a master at the art of tightrope walking! 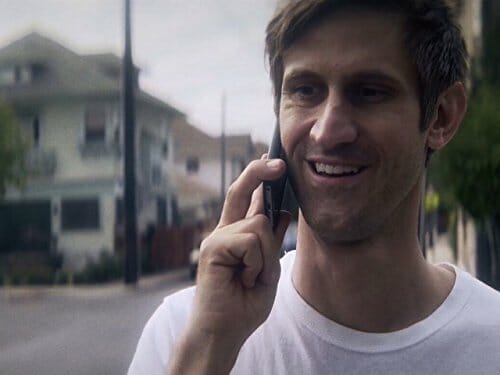 Lastly, there is Joey. This is fun to write about as he is played by Shaughn Buchholz. Buchholz has a growing resume and his presence in this series is an interesting one. We seldom see him, and yet his presence is felt constantly. And when he finally does appear there is a goofy quality about him that is rather appealing. He only appears in a few episodes of the first season, but he leaves a lasting impression.

[Editor: It should be mentioned that when Keith and I were in Los Angeles a few weekends ago we found ourselves in an open bar area after brunch on the top of the building where the restaurant Perch is located, and as we found ourselves some seats after receiving some glasses of champagne, we ended up sitting merely 10 feet away from Buchholz himself.]

With everything that goes on in this series, and even though there are some rather stereotypical characters (although some stereotypes have their basis in truth), the important thing to take away regarding this series is the importance of finding a way to move on in life after a relationship ends. It doesn’t matter if the relationship lasted 3 months or 3 years. If such a time comes when a relationship ends, such as with Nate and Joey, for the sake of emotional health it is necessary to find a way to close that chapter, and then to start a brand new one. That can begin when a person is finally able to say with complete honesty, I’m Fine.