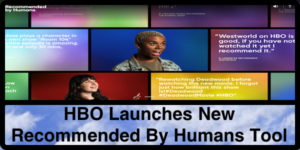 The Two Gay Geeks this press release from our friends at HBO PR about a new service they have launched to get more people to use their service.

Read below for what they have to offer on this new platform.

Let us know what you think in the comments section below the article. As always, we welcome your feedback on any and all content we publish. 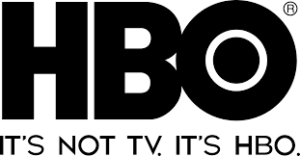 Drag through the canvas on the “Recommended by Humans” tool from a desktop or mobile browser (humanreco.com) to explore 36 unique video suggestions and more than 150 tweet recommendations from real HBO fans.

From new hit series like “Succession,” “Chernobyl,” “A Black Lady Sketch Show,” “The Righteous Gemstones” and “Game of Thrones” to beloved HBO classics like “Sex and the City,” “The Sopranos,” “Bored to Death,” “The Wire” and “Curb Your Enthusiasm,” each recommendation features a series or film trailer and the series premiere episode or full film — available to stream for free. The tool will be updated regularly with new fan recommendations.

The first HBO brand campaign to entirely feature fans, “Recommended by Humans” celebrates the emotional connection HBO viewers have with the network’s programming and illustrates the power of recommendations from real humans who, simply put, really love television. Fans can join the conversation by sharing their own recommendations on social media using #HumanReco, and should keep an eye on @HBO on Twitter and Instagram for new “Recommended by Humans” content.

The campaign was developed by HBO’s marketing team, alongside agencies Engine and Resn.

Below is the full list of programs* available to sample for free:

Flight of the Conchords Game of Thrones

Going Clear: Scientology and the Prison of Belief

Sally4Ever Sex and the City

The Comeback The Deuce

The Jinx: The Life and Death of Robert Durst

The Larry Sanders Show The Leftovers

The Night Of The Normal Heart

The Sopranos The Wire

There’s Something Wrong with Aunt Diane

*For original series, the first episode of each series will be available to stream for free.

To watch full seasons and more HBO programming, sign up for HBO at HBO.com.