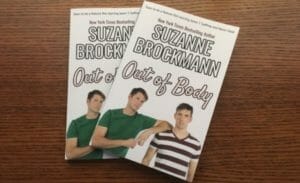 Henry and Malcolm are best friends. They have been best friends since they first met in college when Henry was a freshperson (as Malcolm refers to him) and Malcolm was his senior dorm RA. It was after Henry’s very first college party and apparently Henry had “one too many” and was in the bathroom vomiting up his lower intestines. Malcolm stayed by Henry’s side as he continued vomiting, and it was love, or at least it was something at first sight. Truth be told, Henry has been carrying a torch for Malcolm ever since, and Malcolm found Henry to be incredibly adorable, but he refused to even consider a relationship only because Malcolm considered himself to be one big mess, and that Henry deserved better. Two ships, sailing in circles around each other. Now it is Henry’s favorite time of the year. It’s Halloween and he’s having his annual Halloween Party, and of course, Malcolm is invited. Malcolm finally arrives, and Henry’s oldest friend, Gina, is there with a guy named Carl (apparently they knew each other in college). Gina has convinced Henry that he needs to let Malcolm know precisely how he feels, and towards the end of the party Henry does just that by giving a quick kiss to Malcolm. However, things don’t go as planned. The next morning Malcolm appears to be missing, and some unusual things start happening inside Henry’s house. After a time, he concludes that Malcolm is dead and that he is haunting Henry’s home.

Suzanne Brockmann has made herself into a legend. Not only has she become one incredibly successful writer in the romantic novel genre, but she has also become a social justice warrior. As she looked around her and saw a world filled with diverse people of color and sexuality, she felt that these people needed to be reflected in her stories. This became even more apparent when her own son (actor/writer/director Jason T. Gaffney) came out as gay while he was a teenager. She knew that she wanted to create a legacy with her writing where her son could see himself as a healthy and happy gay man in her books. After bucking the establishment she wrote books filled with diverse characters that would captivate readers, and those same books would end up on the New York Times Bestsellers List. Now she has come up with a romantic comedy (or romcom for short) involving these two gay men who have been secretly in love with each other, but they were both afraid to admit it to the other. Well, romcoms of this nature have been around for some time, so that’s nothing new. So instead, she throws a spanner in the works and turns it into a paranormal, thereby taking another very popular, and steadily growing, romantic genre that has been finding some very strong footing in the LGBTQ community. Now she has a mash-up with the book Out Of Body.

Brockmann has used a narrative whereby the POV switches back and forth between the two main characters, that being Henry and Malcolm. This is another literary technique that a growing number of authors are starting to use. She could have used the “omniscient” POV (where the writer shares all of the thoughts of each of the characters, almost as if the reader had become the invisible man in each scene, but was also capable of reading everyone’s minds at the same time), but it can be argued that there is a certain sterility in this method. Many authors like to use the First Person POV because it allows for the main character to express his or her thoughts, as well as his or her reactions to a given situation. It can flesh out a scene in a way that is far more personable, making it more relatable to the reader. Personally, I love books written this way because inevitably it makes ALL of the characters more interesting, and for me, the best way that I can get hooked on a story is if the book has interesting characters in it, and both Henry and Malcolm are quite interesting!

They each have their own voice. This can be a tricky thing, but clearly, Brockmann has more than just an idea in her head as to what makes these two men tick. Of course, she has admitted that she hears her own son’s voice when writing Henry, and the voice of Malcolm was written with actor Kevin Held’s voice (which makes perfect sense since they are both in the movie adaptation of this book). Some might call that a cheat. Whether you choose to or not is irrelevant because it works. Even as the POV switches within the same chapter, there are two different voices at work, and that isn’t just limited to the dialogue. Even the thoughts of the two are unique, yet continually consistent. This plays off well when it comes to each one dealing with his unresolved feelings towards the other, especially as they try to come to terms with this new situation that Malcolm has suddenly found himself in. But this is a romcom, which means there has to be a comedic element, and by making it a paranormal story it opens the door for the wildly absurd. From mediums to séances, orbs to magic spells (There is even an e-book with INFINITY pages… Try wrapping your head around that!), the paranormal element here is pure lunacy. This is something that Brockmann could have easily let run away, but as crazy as some of the paranormal comedy is, it’s still measured just right with the romantic element, and there are some beautifully touching moments between Henry and Malcolm’s “ghost.” Conversations that are 12 years overdue are finally taking place, and each one is finally beginning to see the other for the first time. The dialogue that Brockmann writes here is, at times, almost tear-jerking. She even indulges readers with something that made my brain melt where a moment of sexual intimacy is given a magical boost. I won’t spoil it by saying what it is, but it certainly made my heart race because not only was it hot, it was beautiful!

I am embarrassed to admit that Out Of Body is the first Suzanne Brockmann book I have read. However, I now consider myself a fan. Her writing style has a freshness to it that almost makes me feel I was in the same room as these characters (which in its own way is horribly creepy because, well… voyeurism!!!) because everything they say and do not only feels authentic but also feels real! Even when she goes bonkers with the magic and paranormal element of the story, the characters continually feel real with how they act and react. Finding this book (which is a story in of itself) was an incredible gift. In fact, it’s the gift that keeps on giving because I’ve actually read and reread this book three times already. How do I know it’s a good book? Because even after reading it for the third time there were moments that still brought tears to my eyes, moments that still made me laugh out loud, and moments that still had me saying, “Awwww…” when I would read something romantic and beautiful.

I don’t know if Out Of Body is the finest book Suzanne Brockmann has ever written. I do know, however, that it’s so good that it has earned a coveted place in my library where all of the books that I love to revisit end up.

For writing a magical romantic comedy, Out Of Body gets 5 out of 5 Red Orbs!!!