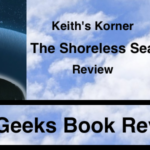 I admit I had not heard of J. Scott Coatsworth before I discovered Queer Sci Fi through a Facebook post from someone else. I checked out the website and signed up for the newsletter and in so doing received three books from authors being featured that month.

Of course, being the inquisitive person I am and always looking for potential guests for our podcast, I wrote to Scott and asked a number of questions. We went back and forth (I am sure he thought I was crazy at first, maybe still does) and finally had him on our show to talk about the multiple endeavors he has going, not just Queer Sci-fi. Scott let us know he had a new book coming out in the next several months (that being The Shoreless Sea) and would love the opportunity to chat about that as well. We agreed and life went on.

In preparation, I thought I should read the other two books in the Liminal Sky series so that I could speak intelligently on the subject. I picked both up at the same time, The Stark Divide and The Rising Tide. They sat on my iPad for awhile until it was time.

All I can say is WOW! The Stark Divide bowled me over almost from the very first page. We have a gay captain of a vessel that is a living breathing entity (possibly sentient) who is on a mission to literally save the Earth or at least a representative sample of the population.

The rest of the first part of the book is the “how does this happen” with the creation of his own science of these ships, massive world-building, and an explosion of characters in the latter half book that are very well developed.

Thirty years later, Colin has retired to a farm with his husband (I know it sounds cliché but it comes full circle later) and is leading the good life when he is called upon to help with a delicate situation. Enter Andrissa, Andy for short, the daughter of Director Aaron Hammond and granddaughter of Jackson Hammond from the beginning of the book, who has come to fetch Colin because of some growing pains in the refugee camp.

The second book, The Rising Tide continues the story of Forever, as the living generation ship is called, is now a fully functional biosphere able to support life on the journey to the new home for the human race. Five years have passed since the end of The Stark Divide. The story starts to center on Andy and her family. We start to get a sense of the “powers” she inherited from Jackson and how she uses them for good in Forever. Others, it is discovered have abilities as well and this sets up the first half of the book. The second half is about the children of Andy and Shandra and how they begin to live in this new world far from Earth.

I know the previous recap was very skimpy on details because I am here to talk about the latest entry (finally after 500 words) and conclusion to the trilogy, The Shoreless Sea.

Seventy years have passed since Forever was birthed from the seed and asteroid named Ariadne. Andy and Shandra have schooled all of the liminal children and sent them out in the world to live and grow. They even had two children of their own, thanks to the manipulation of the world mind, and that is where the story picks up. Kiryn is off to school with his sister Belynn who is a bit younger. Kiryn and Belynn have a very special bond both of them being Liminals (to define Liminals would give too much away) but Kiryn is deaf. That doesn’t stop him from being a feisty teenager though. He finds someone he really connects with Dax who feels the same way. Who says there can’t be love at first sight (I should know). We soon find out that something odd is going on in Forever with people not acting right. An old leftover, Lillith, from the early days of the world mind has broken into the current “real world” and threatens to take over. Kiryn and Belynn along with a number of other characters work to thwart this new attack on Forever.

This is probably one of the wildest rides of the series going back and forth every paragraph or so between all of the characters that build the tension so that when the release comes and all is right with the world (for the moment) it feels good and we know everything will be ok. The resolution to a rather precarious predicament is handled in a very humane and conscientious way and launches a new world into existence.

Time has passed and Aine (the world mind) has pretty much withdrawn from everyday involvement with her charges, Andy has grown old and still seeks out the good in people. Life has progressed and Darlith has grown and with it, and a certain amount of “us versus them” mentality has crept in. Della (who doesn’t believe Earth ever existed) is elected mayor and seeks to throw off the regulations put in place by the world mind and previous leaders due to the need for the conservation of resources. Andy finds herself in the middle of the goings-on which naturally brings her family and all of those she has touched into the situation. As the intrigue boils around we learn how Shandra died several years before (I wept) and how the world has changed. The Liminals make a last stand, if you will, to set things right and remind everyone of the horrors from which their ancestors escaped. In the process, we have to say goodbye to a beloved character (once again I wept). It was very hard to read this portion but Scott was able to write it in such a touching way that it really wasn’t sad but rather a triumph and a new beginning.

Scot does a great job of representing the LGBTQ+ community in all three books including non-binary characters. It was a learning experience to read se and ser as pronouns never having done that before. It made me aware that we truly are the rainbow alphabet people, all of us. Thank you.

The synopsis below was the first thing I wrote in preparation to write this review. It seems oddly out of place here at the end but, I will leave it here since it really does sum up how I feel. 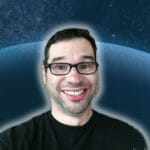 For more information about J. Scott Coatsworth visit his website

“Pee Wee’s Playhouse Christmas Special” is an Experience Not to be Believed….

Happy Thanksgiving! And Remember to Take Care of Yourself!