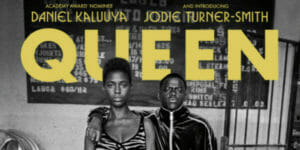 When I watched the trailer for the film, I had a feeling that this movie would be incredibly compelling. Not only is it written by Lena Waithe with James Frey but it stars two dynamic actors. I also knew this would speak far more to the black community, not only because of the writers but also because the experience is written for that community. I found the ideas of love and humanity universal and the film portrays a journey of connection that is beautiful yet tragic.

Directed by Melina Matsoukas (in her feature directorial debut), the film is about a young couple whose first date is disrupted when a policeman pulls them over for a minor traffic violation. The situation escalates out of hand and in the process, Slim (Daniel Kaluuya) ends up shooting the police officer. Labeled cop killers on social media, Queen (Jodie Turner-Smith)and Slim feel like they have no choice but to go on the run and evade the law.  They turn to Queen’s Uncle Earl (Bokeem Woodvine) for help. He reluctantly aids the pair, giving them a car and money along with help along the way. The pair become a symbol of terror and pain for people across the country but can the pair evade the law forever, even with the help of others?

The film has a powerful message woven into the thread of the story. While violence, anger, and discrimination are prevalent in our society, I think showing that in a movie of this caliber will also help those of us more privileged understand just a bit what it is like facing racism and discrimination is like on a daily basis. But for me, the message was that despite the challenges and difficulties that face us, we can find ways to love one another and embrace each other. Even as Queen and Slim are on the run, there are those that help them, and not all those faces are black. Not all cops are shown as without empathy or caring either. Several times the filmmakers make an effort to show different perspectives than the main characters.  I did find several scenes evocative of the Underground Railroad. I also found the storyline believable. Sadly, the situation is hard not to question in a time when there are so many shootings and so many people convicted unjustly. And while there is caring shown toward the pair, it is the tragedy of their circumstances that is a large part of this film. But for me, it is Queen and Slim’s emotional connection that edges the film from a thriller to a dynamic journey of love and connection.

One of the great strengths of the movie is the interconnectedness between Slim and Queen. While the date they were on is not remarkable, what is remarkable is how they connect to each other on the run. As they journey, we discover truths about both of them, hidden strengths and flaws that make each unique but ultimately that travel to understanding is beautiful and compelling. The film has been mentioned as a new type of Bonnie and Clyde, and it is, but it is more too. It is the intimate relationship, baring their souls to one another, the raw emotion that made me sit in awe of the filmmakers when I viewed the movie.

The acting is phenomenal. The chemistry and dialogue between Daniel Kaluuya and Jodie Turner-Smith are what builds the relationship between the two. Both actors convey such depth and emotion in each scene. They are compelling, dynamic, and drive the film to heights that wouldn’t have been achieved with lesser acting. And those actors playing secondary roles are equally strong, their acting as compelling as the main leads.

The soundtrack is one of the other elements I adored. Every song drove the theme of the film along, and every piece of music was a thoughtful choice culled from the culture of the black people. My favorite scene is when Queen and Slim stop at a bar and dance. Those pieces of music are among some of the best in the film but every scene has a piece of music that resonates and enhances the film.

This is a powerful film with tragic overtones, anger, and a lot of deep messages whoever and wherever you come from. It is an authentic portrait of what life is like for the poor and for those who are different, and to be honest, for those who are black in America. If you like movies with an important message or you love movies with emotional resonance, I highly recommend this movie. It is a buddy movie that is on a higher order than any other film of its type and I think it is going to be one that few people will want to miss. 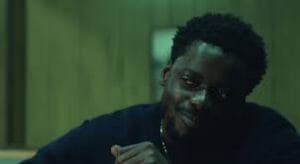