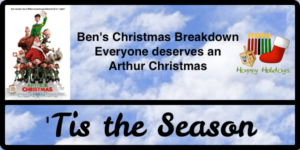 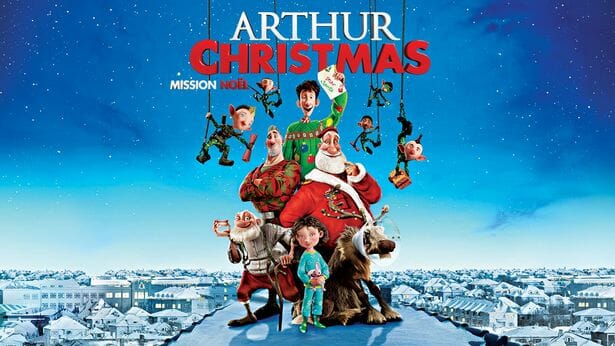 Movies about the entire “Santa Claus Empire” have become a dime a dozen. More animated television shows have been produced as well as live action feature length movies about Mr. Kringle than can be accurately counted. However, every once in a while something comes along that flies under the radar and catches every one by surprise, and such is the case with Sony Animation’s 2011 full length animated feature Arthur Christmas.

This movie shows us that there have been many generations of Santas, starting with St. Nicholas, eventually becoming Kris Kringle and then finally Santa Claus. It’s quite the family business, and now it’s time for the current Santa (voiced by Jim Broadbent) to possibly consider stepping down as the sweet, but terribly absent-minded Santa and handing over the sleigh reigns to his oldest son, Steve (voiced by Hugh Laurie). Steve has all the great ideas and has even perfected the gift delivering process through advanced technology, but in doing so has sort of lost something of that human touch, i.e. he’s positively terrible around children. Meanwhile, the youngest son Arthur (voiced by James McAvoy) happily receives letters addressed to his dad and loves replying to them saying that Santa is quite real and that he’s probably the most amazing man alive on the planet. One such letter came from a young girl named Gwen and she also asked for a special bicycle. Unfortunately due to a mechanical hiccup the bike never got included with the other gifts to be delivered. Basically, a child has been forgotten, and that has created something of a kerfuffle up at the North Pole. Steve doesn’t seem to care that much because one gift out of two billion is so infinitesimally small that he views it as a perfect Christmas delivery. Arthur does not, and neither does Grand Santa (current Santa’s father, now retired as Santa, and voiced by Bill Nighy), who thinks that Steve is something of an idiot with all of this newfangled technology. So, Grand Santa breaks out his old sleigh as well as the reindeer descendants of the original eight (Comet, Cupid, etc.). They try to make the delivery, but that falls apart as well as Grand Santa had his own agenda, which ended up causing the mission to nearly fail. However, Arthur’s true heart gets him through and he ends up delivering the bicycle to Gwen just in time, after which both present day Santa (also named Malcolm) and Steve agree that Arthur is the perfect successor as the next Santa Claus. 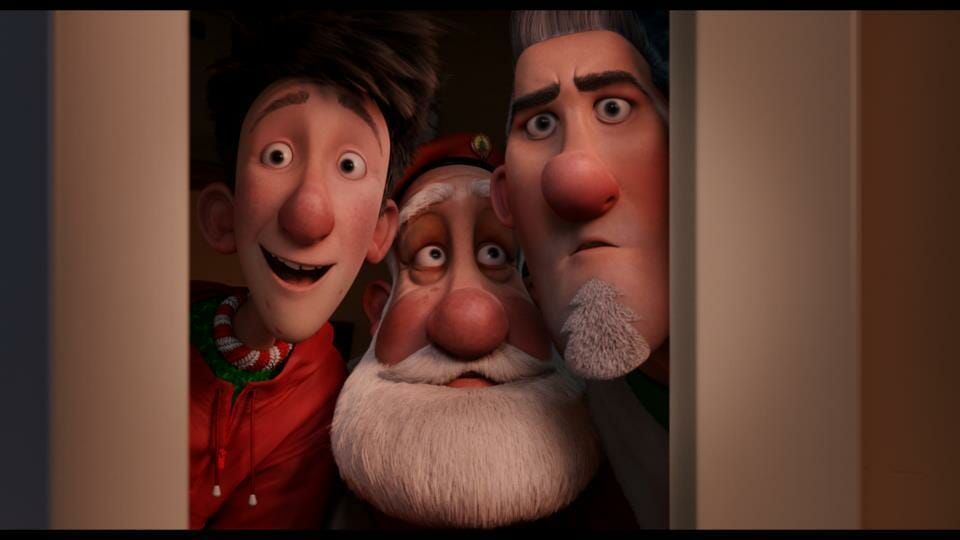 This was a movie that completely snuck by us. We happened to be walking through a Costco during the holiday season a few years back and found this playing on their big screen TV display. We saw the main menu of the Blu-Ray and we then made a point of getting our hands on it. What we saw pleasantly surprised us. The animation lacks some of that extreme subtlety and quality of Pixar films, but at no time is the animation ever poor enough to actually pull the viewer out of the movie watching experience. Much of the animation is pretty decent if not slightly comical with its character designs. Still it holds up well enough in today’s world of CGI animated movies. What does make this movie so strong is its story. The premise sounds simple, but the way it is developed is pretty thorough, and the use of the supporting characters to draw attention to some of the morals of this movie is quite impressive. This movie also never feels like it has padding to it in order to flesh out its length. Perhaps it does have, but at no time does it ever feel like it’s there. When the Act III conundrum finally presents itself at no time did it seem like the movie was being stretched thin. Instead they used some of that to further refine the message of this movie about what Christmas means to children. By the time the movie comes to an end, all of the Clauses finally begin to understand that message as well.

This movie is perfect for family members of all ages, especially those young ones who may still believe in Santa, and by the time the movie ends you might be so captivated by Arthur’s innocence that you’ll start to find yourself wishing every one you meet a “Very Arthur Christmas!!!”