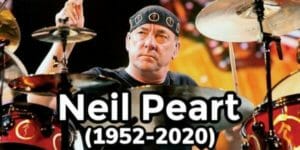 As I get older I see artists and musicians that I grew up with passing away. Some have died far before their time, while others that are older than me are already leaving us. There have been several whose passing had a profound impact on me, including George Harrison and David Bowie. Now I can sadly add one more to that list, and his name is Neil Peart.

I was first introduced to the power of Neil Peart and his drumming at the same time most people my age learned of him, that being the Rush album 2112. A friend came to my house and insisted that I listen to this album, and what I heard was a masterwork, unlike anything I had ever heard before. First, the musicianship of all three members of this band was beyond spectacular. For a time I could not believe that I was listening to a power trio. Then my friend, who was a drummer, played a section of the title song where Neil played the fastest drum line I had ever heard in my life. Then as I listened more closely I started to hear this epic tale that had me wondering why there weren’t more artists creating works like this.

From that point on I continually kept my eyes and ears open for new works by Rush and was especially thrilled with the albums Permanent Waves and Moving Pictures. However, when they followed that up with Grace Under Pressure I knew that I was listening to greatness. It was not only an evolved form of progressive rock, the sci-fi themes in each of the songs stimulated my mind in a way I had never experienced before, as if both hemispheres (See what I just did there???) of my brain, the right side for the musical artistry, and the left side for the intellectual storytelling, were simultaneously excited by this work. My love for Rush and the lyrical writing of Neil Peart only grew from one album to the next. 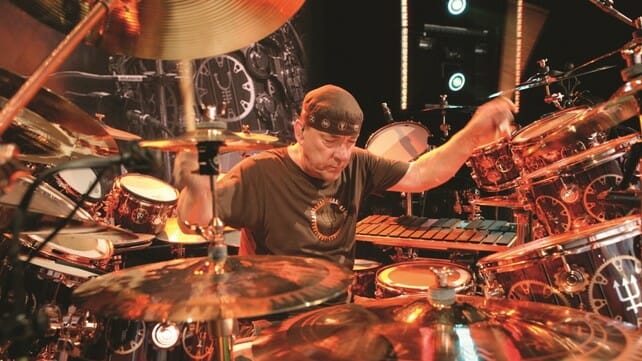 I was saddened when Rush decided to call it a day, but I understood. Musicians’ bodies can only take so much pounding, especially the likes of that drumming machine named Neil, so while I was unhappy that I would not see Rush anymore in a live capacity, I held some happiness in my heart that all three of them would live out their lives with their families, their loved ones, and through friendship, with each other. That is probably what I loved most about this band is the closeness they had with each other. Then, the most tragic thing that could happen landed on the doorstep of the one member who already knew more tragedy than anyone should.

I’ve been asking myself over and over, why is this is bothering me? I never met Neil. I never corresponded with him, although I am friends with the highly respected sci-fi author Kevin J. Anderson, and through his first novel Resurrection, Inc., which was inspired by Grace Under Pressure, he would come to know Neil and they would become friends. I met Kevin during a time when we both worked at the Lawrence Livermore National Laboratory and he would occasionally share interesting tidbits about what Neil was doing, and once even showed me lyrics that would later become part of the Rush song “Dreamline” from the album Roll The Bones. But again, why am I so upset at this man’s passing? I think it’s because Neil, along with Alex Lifeson and Geddy Lee, was a geek. He was regarded as weird, and he was a bookworm. He loved to read. And because he was a geek he would frequently write lyrics that did more than just resonate within this gay geek’s heart. I will always remember hearing the song “Subdivisions” and feeling haunted by it to the point of depression. The words spoke to me of my youth and days in high school when I was the class freak. The unpopular. The outcast. Neil understood. He did not know my particular plight, but he understood that it was there along with all of the other outcasts and misfits. He gave voice to people like me. Through the popularity of his lyrics, I finally felt validated. Now I was part of a larger community made up of Rush fans, and whether Neil desired it or not, he had become our spokesperson. This would continue when he wrote lyrics for a song that cried out to those living with HIV and AIDS, that being “Nobody’s Hero.” His words regarding the horrors of suicide screamed out in “The Pass.” There are also many other songs with lyrics that don’t necessarily speak negatively towards cultural issues as I’m currently obsessing over the song “Tai Shan” where he paints a picture with words of the beauty that can be found in China. This is why I am so “gutted” right now. We were given lyrics that cut directly to the heart, and the man who wrote those lyrics has now left us. It hurts, even more, to know that Neil was also a very good man. He may have been incredibly shy and didn’t desire the limelight, but he was still a very good man and was very much loved by those who did know him, and knowing that he was so loved makes his passing even more painful. The world not only lost an amazing musician and lyrical artist but it also said goodbye to a very good and beloved man. 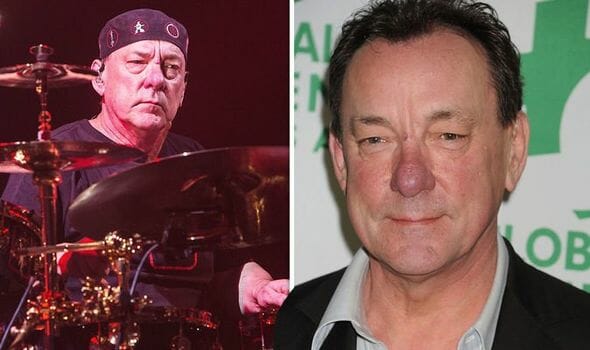 Rest in peace Neil Peart. You will never be forgotten.