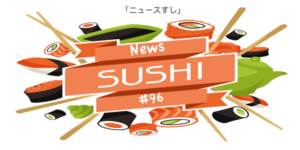 News Sushi #96 And we (Hamish) keep serving the best News Sushi!
Hooray!
Editor Note:It is Friday and that means it is time for the World Famous, soon to be Intergalactic Famous, News Sushi from our very own, Hamish Downie. Hamish brings us a decidedly different slant on Pop Culture as viewed through the lens of a non-native living in Japan. 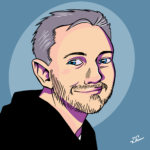 Thank you (ありがとうございました) Hamish, for your insights.

with a broken toe… the little one, so it’s a little embarrassing. Don’t imagine that I was doing anything exciting, I was rushing, trying to get a few loads of washing done, and after a misjudged turn, I hit my foot on a concrete block… and here we are… I’m on crutches.

Nothing compared to one half of our fearless leaders, Ben and Keith. Keith was rushed to hospital this past week, and we are so glad that he is back in action.

Now, on with the show!

You might have heard of something called a “Love Hotel” here in Japan. If not, you’ve probably seen pictures of very creative looking hotels, most of which are love hotels. You can rent a room for three hours, or a full night. I’ve never been in one myself, but you and I can imagine what it’s purpose is, especially for couples who, in a typical Japanese house, might be sleeping in the same room as their kids. You might say, isn’t that what a regular hotel is for? Well, as the hotel reception only has a small hole to pass money (cash) through, and then a hand pass the key, it’s extremely anonymous. Expect for the camera to check who is coming in.

I’ve heard for years that these places don’t accept gay couples, but I never knew why until I came across this interview with a worker speaking to Sora24 News:

“Mr. S: Well, this is really tough to talk about…but often, male couples make a really big mess in love hotel rooms. Honestly, I don’t want to say this, but, after they left, it would take 10, or sometimes 30, times as long to clean the room as it would if a heterosexual couple had used it.”

So, it’s because gay couples are dirtier? How about our lesbian sisters?

He went on to state that female couple were also dirtier, but because they were cuter, they were OK to come in. He did admit that some heterosexual couples were also dirty, but they weren’t as dirty as gay couples.

So, there you have it. It’s all about how quickly they can clean and turn around a room to a new couple.

It’s interesting considering that in Australia, gay male couples tend to have an advantage in getting rental properties, as owners think they are “cleaner”. I also had house-mates in the past who thought that gays were cleaner, and thought that I’d be cleaning up after all their mess. Only to be disappointed to find that I was just like any other male… a mess!

Cat shaped bread is now available in Japan, because of course it is.

After the release of the lobster mayo nugget sauce, purple potato and chocolate sauce fries, and the oddly named Adult Cream Pies, McDonald’s Japan follows in the steps of one of it’s competitors, MOS Burger, (it’s usually the other way around), and launches it’s first test run of rice burgers.

It’s an evening meal option. The hope is that more Japanese will choose McDonald’s as a dinner option. At least they didn’t bring back Mac Tonight…

And that’s all this week! Stay safe and healthy everyone!