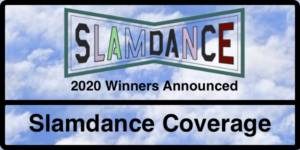 The Two Gay Geeks received this press release from our friends at Slamdance Film Festival concerning their awards winners for this year.

One of the award winners is a film we featured in a press release so, check out the rest of the winners below.

Let us know what you think in the comments section below. As always we welcome your feedback and input on all of our published content. Than you for stopping by and spending time with us.

PARK CITY, UTAH (January 30, 2020) – The 26th Slamdance Film Festival today announced the winners of their annual Sparky Awards in Audience, Jury, and Sponsored categories. The festival also announced the recipients of their AGBO Fellowship from Slamdance alumni Joe and Anthony Russo, the CreativeFuture Innovation Award, and a curated Acting Award. All winners were announced at a ceremony at the Treasure Mountain Inn in Park City, Utah on Thursday evening, January 30.

“We congratulate the winners of Slamdance 2020 and we celebrate all of our new filmmakers who have shown us that the art of filmmaking is brilliantly alive,” said Slamdance co-founder Peter Baxter. “This next generation collectively brings us art formed in risk taking, bravery and the unexpected. It’s not just their characters who are on an adventure. It’s the filmmakers as well and Slamdance will continue to be their companion.”

Juries of esteemed filmmakers and industry professionals determined the Slamdance Jury Awards, which are given to films and filmmakers in four categories: Narrative Features, Documentaries, Narrative Shorts, and Animated/Experimental Shorts.

This year’s Narrative Jury Prizes were selected by Joe Leydon, Laurence Kardish, and KJ Relth who awarded the Narrative Feature Grand Jury prize to Murmur directed by Heather Young, with an Honorable Mention given to Residue directed by Merawi Gerima.

About the section’s winning films, the jury stated: “The Grand Jury Award for Narrative Feature goes to Murmur, the quietly devastating debut feature from Canadian filmmaker Heather Young. This richly detailed and deeply humane drama offers an insightful and sympathetic portrait of a lonely woman — affectingly portrayed by newcomer Shan McDonald — who goes to self-destructive extremes while attempting to fill the gaping void in her life. An Honorable Mention goes to Merawi Gerima’s mesmerizing first feature, Residue, which is at once inventive, poetic and angry about issues of identity, gentrification and the difficulty of returning home.”

“A damning letter to American society, with unflinching and incredible intimate access, the Grand Jury Prize goes to Higher Love, from director Hasan Oswald,” stated the documentary jury. “For one woman’s courage to stand up for her rights, we would like to give an honorable mention to Maxima.”

“The recipient of the narrative short award is utilitarian, inventive and wholly dynamic. We deeply related to this story that’s more than the sum of its parts, more than its premise alone, and a window into the resilience and inner strength of young women. We are pleased to present the 2020 Slamdance narrative short award to Moving by Adinah Dancyger,” said the jury. “We would like to give an honorable mention to a short film that provides profound and heartbreaking insight into a world that so few of us will ever see. A beautiful and starkly shot film that advocates for strength in silence and unwavering moral resolve, we were struck by its honest and poignant commentary on a topic that isn’t spoken about nearly enough. A special honorable mention goes to Proof by Nishtha Jain and Deepti Gupta.”

The AGBO Fellowship, presented by Slamdance alumni Joe and Anthony Russo along with their colleagues at their AGBO production company, was awarded to Carlota Pereda, director of Piggy. The $25,000 prize is designed to enable a deserving filmmaker the opportunity to continue their journey with mentorship from Joe and Anthony as well as development support from their studio.

“Carlota Pereda’s Piggy is a punch to the face. An accomplished mix of biting social commentary and emotionally devastating filmmaking. We’re extremely proud to present her with this year’s AGBO Fellowship. And we look forward to supporting her work in the future,” said Anthony and Joe Russo.

The 2020 CreativeFuture Innovation Award went to The Little Soul, directed by Barbara Rupik.
Slamdance and CreativeFuture have partnered for years to support new talent in the world of film and to educate creatives on the importance of protecting their work. This award is given to an emerging filmmaker who exhibits the innovative spirit of filmmaking.

“Congratulations to Barbara Rupik for winning Slamdance’s CreativeFuture Innovation Award this year,” said CreativeFuture CEO Ruth Vitale. “Her film, The Little Soul, uses a surreal yet beautiful animation technique to tell a bold, imaginative story. Its combination of artistry and craft exemplifies the innovative spirit of filmmaking, and we look forward to seeing what Barbara does next.”

The George Starks Spirit of Slamdance Award, voted on by filmmakers and given to the filmmaker who best embodies the spirit of the Festival, went to Yani Gellman of Greetings, from the Planet Krog!. The festival’s Outstanding Acting Award, which is curated by the Slamdance team, went to Obinna Nwachukwu from the film Residue. An honorable mention was given to Maya Harman from Chubby.

Yani Gellman of Greetings, from the Planet Krog!

By filmmakers, for filmmakers. Established in 1995 by a wild bunch of filmmakers who were tired of relying on a large, oblique system to showcase their work, Slamdance has proven, year after year, that when it comes to recognizing talent and launching​ ​careers,​ ​independent​ ​and​ ​grassroots​ ​communities​ ​can​ ​do​ ​it​ ​themselves.
In addition to the Festival, Slamdance serves emerging artists and a growing community with several year-round initiatives. These include the Slamdance Screenplay Competition, its educational program Slamdance Polytechnic, DIG showcase of Digital Interactive and Gaming art, distribution efforts through Slamdance Presents, worldwide screening series Slamdance on the Road, LA screening series Slamdance Cinema Club, a new Miami edition of the festival, and its newly announced partnership with Arclight Cinemas which will launch Emergence, a four-day festival at Arclight Hollywood, in March 2020. 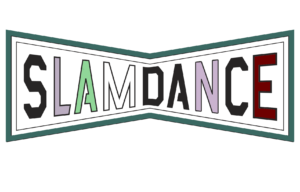